Katrina Grant's tenure as Silver Ferns captain appears to be over with the installation of Noeline Taurua as the new coach.

Taurua, who was finally confirmed as Janine Southby's replacement yesterday, is refusing to guarantee Grant will continue in the role.

Grant was appointed captain in 2016 but speaking to Morning Report Taurua said she will bring in a new process of appointing a captain with greater player involvement as was the case in Australia where she coaches the Sunshine Coast Lightning.

"One of the things I did learn (coaching) in Australia and it's pretty ruthless, but players are involved in who they want as captain and what their leadership structure is going to be...and what they use is a voting system.

"We're not going to be as ruthless as they are over there but I think that system will actually work," she said. 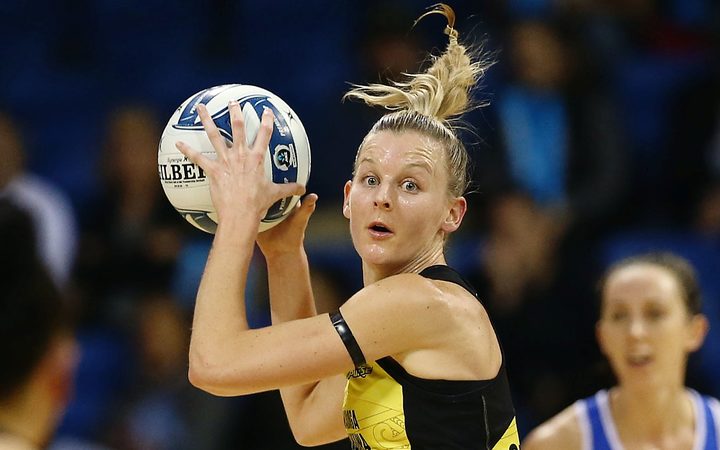 Katrina Grant has been Silver Ferns captain for the past two years. Photo: Photosport

"People have got to, not necessarily like, but have leaders they want....and I think it's really important that all the players plus our CEO get to vote for that person leading into the the worlds," she said.

Taurua's first assignment as Silver Ferns coach will be the Quad Series in a couple of weeks, with New Zealand's first game against England.

It seems the Silver Ferns can expect a much tougher training regime under Taurua has they seek to resurrect their international standing.

The Commonwealth Games were the nadir for the sport with a shock loss to Malawi and consecutive losses to England, Australia and Jamaica which ultimately saw the Silver Ferns miss out on a medal for the first time.

"From my perspective all this comes down to training, that's the point of difference (to other teams) and being able to deliver under pressure.

Taurua's first assignment as Silver Ferns coach will be the Quad Series in a couple of weeks, with New Zealand's first game against England.