He hasn't left yet, but the tributes are already flowing for departing Warriors great Simon Mannering. 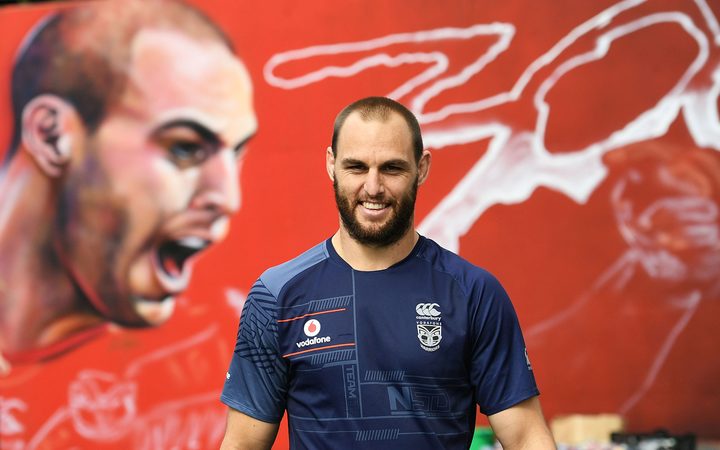 Mannering will become the club's first player to make 300 NRL appearances tonight when the Warriors host Canberra in their final regular season match.

However it pans out, there can be little denying Mannering is the definition of commitment.

His 44 Tests, mostly offshore, as well as his regular trips for the Warriors, make him one of the most-travelled New Zealand sportspeople in any team code.

After turning 32 earlier this week, Mannering said he never believed he would chalk up such a milestone.

"I'm proud for hanging around this long. It's a tough game and it's getting tougher and tougher.

"I'm surprised I lasted this long to be honest. I could never have set out when I started thinking I'd ever be here still to this day, it's very special." 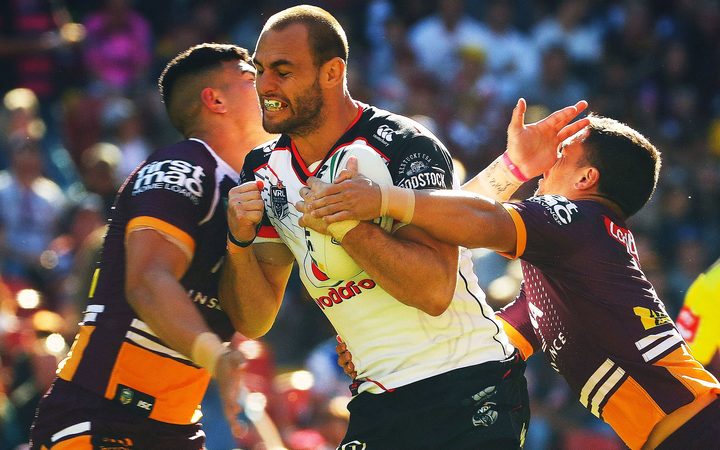 Bergman said it wasn't long before he lured him across to play league.

"I marched on the field and said to him 'hey mate you're in the wrong game, I'm the New Zealand secondary school coach'.

"His father marched on the field, because he wasn't too happy about a rugby league scout talking to his rugby son.

"I apologised profusely and said 'come round tonight and we'll map out his pathway over a cup of tea'." 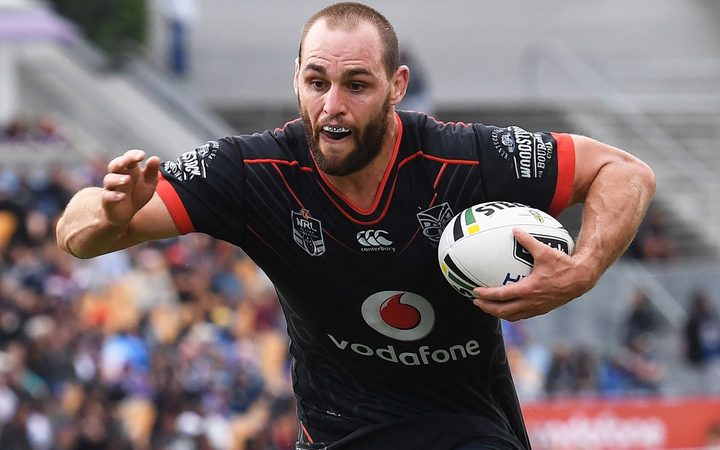 That early recognition has led to Mannering becoming just the 16th player to play 300 NRL games for one club.

Tonight's game against the Raiders could be his last home game and team-mate Adam Blair said there was no one more deserving of a good send off.

"He's done everything possible to be able to play so many games in this elite competition we play in against the best players in the world.

"Obviously he does everything right on and off the field, but I've been able to play with Simon here and with [the Kiwis].

"He's the ultimate professional who goes about his business in the right way and has just performed consistently throughout these 299 games."

Mannering made his Warriors debut in 2005 and was selected for the Kiwis the following year.

Bergman said he always knew Mannering would play for the Kiwis but he never thought he would be one of the greats of the game.

"When I first saw him he looked more like a basketballer than a footballer ... the athleticism of the boy, then the skill and speed. The toughness came later.

"Everyone talks about the toughness of the joker but they're doing him an injustice. He's very skillful, very fast as well.

"We all know how tough he is, but he has some other attributes." 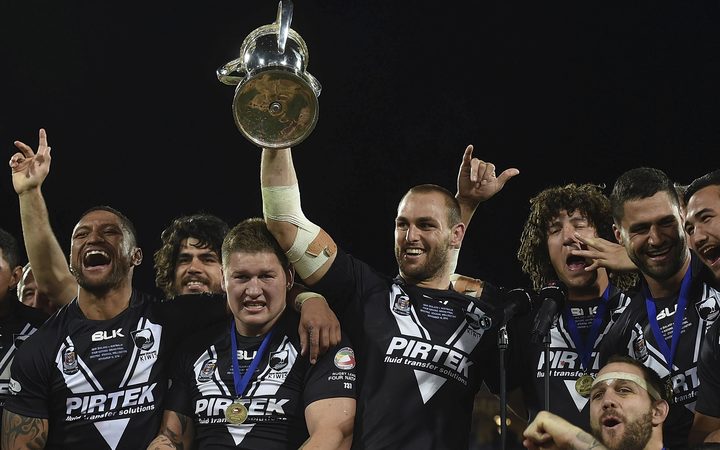 In fact, Bergman was so sure of the talent he had discovered, he gave Mannering a break in more ways than one

"I got him a job putting in pink batts and he never moaned, that was his personality.

"He was coming home with fiberglass all on his arms and legs and he was sleeping on the couch where his feet were hanging over the edge.

"But he never moaned once, he just got on with the job

Veteran player Isaac Luke has known Mannering since he was 18-years-old.

The Warriors hooker said it's that same professionalism Mannering has displayed throughout the years on the field that has been key to a successful career.

"The way you look after yourself, obviously nutrition wise, recovery wise.

"To be able to get up every week to play obviously a really tough sport shows the character of the man.

"From a players perspective and as his team-mates. we're just happy he's with us and we get to share this moment with him."

While the Warriors still have an outside chance of snatching a home final - 25,600 fans don't want to take the chance of not seeing Mannering play again at home again.

Mt Stadium Stadium is a sell-out for tonight's game.