Australia's Simon Clarke sprinted to victory on stage five of the Vuelta a Espana as Frenchman Rudy Molard surprisingly moved into the race leader's red jersey.

The breakaway during the 188.7km stage from Granada to Roquetas de Mar saw 25 riders leave the main peloton behind after an hour of racing.

Splits then started to form in the break, with Italian Alessandro de Marchi distancing himself from the rest of the course with 65km remaining.

Clarke and Dutchman Bauke Mollema bridged the gap with just over 50km left and the trio stayed out in front, the Australian making his move in the final 100 metres to secure victory. 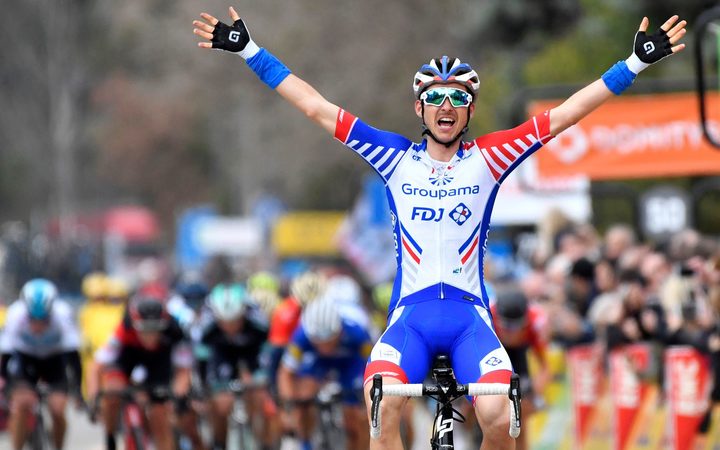 Frenchman Rudy Molard has moved into the overall lead in the Vuelta a Espana. Photo: Photosport

Molard, 26, who finished eight seconds behind Clarke in the chasing group, moved into the overall race lead, making up over 3-1/2 minutes on Team Sky's Michal Kwiatkowski, who finished with the peloton 4:55 adrift of Clarke.

"It's just amazing. I worked so hard since I last won a stage here, and I just couldn't repeat it. It's taken me so long to get back there and have my stars aligned, said Clarke, whose only previous grand stour stage win was at the 2012 Vuelta.

Poland's Kwiatkowski dropped to second overall, 1:01 behind Molard with the other main contenders further back including Mitchelton-Scott rider Simon Yates at 1:11 down plus Alejandro Valverde of Movistar (1:13) and team mate Nairo Quintana (1:34). 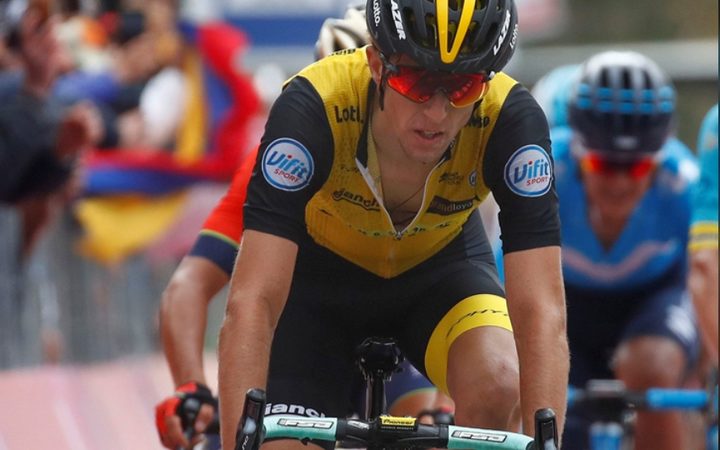 The next stage will be a sprint stage, with no climbs of note across 155.7km of the Mediterranean coast from Huercal-Overa to San Javier.