Olympic sprint champion Usain Bolt expects an onset of nerves when he makes his debut for Australia's Central Coast Mariners against an amateur side on Friday and says he is still short of fitness and struggling with the speed of the game. 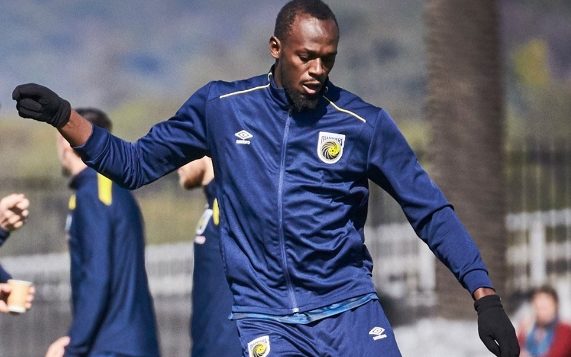 Mariners coach Mike Mulvey confirmed the eight-times Olympic gold medallist would play in a pre-season match that will be televised live by a local broadcaster and is tipped to draw a crowd of over 10,000 to Central Coast stadium.

"This is a career that I'm pursuing so there will be a bit of nerves.

"I expect to make mistakes but I also expect to go in, make myself proud and to push myself. It's just one of those things, I know I'm not going to have a perfect game," added the 32-year-old Jamaican.

Bolt's attempt to transform himself from global athletics superstar to professional football player has generated huge publicity for the struggling Mariners, who finished bottom of the 10-team A-league last season.

Although repeatedly voicing his determination to win a Mariners contract, Bolt was measured about his progress and admitted to still struggling with his movement.

"Coming this Friday I get to play a little bit so I've got to get up to pace," he said.

"The season doesn't start until the end of October so I have time."

Bolt said he had been practising as a left winger at training and hoped to get on the field for the last 15 or 20 minutes against the select side of top local amateurs at the Gosford stadium an hour north of Sydney.

His coach Mulvey was guarded on where he would play Bolt and suggested the sprinter was some way off the level required.

"Look, he's doing OK," he said. "The thing that we're asking him to do is something that he's not done for quite a number of years.

"He's got rudimentary skills, there's no problem about that, it's about being able to do it at the speed that we do it."

Mulvey had little problem with Bolt's box office appeal, however.

"But I welcome it because it puts us under a little bit of a spotlight."