A veteran of 72 Test appearances, 33-year-old Alexander departs as the most capped player in Brumbies history after 154 Super Rugby appearances. 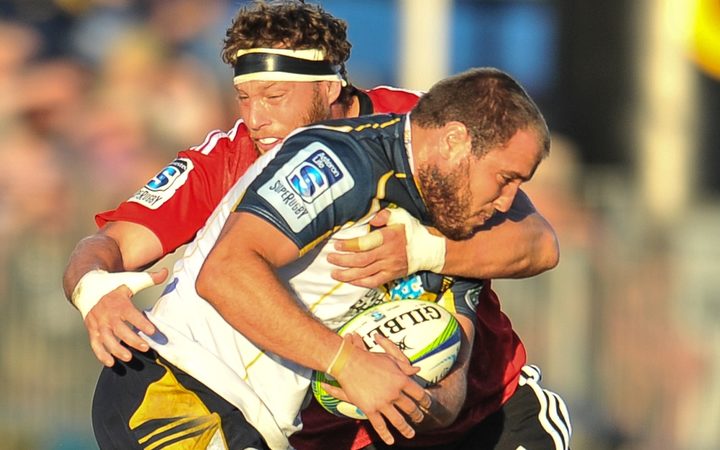 Ben Alexander on the charge for the ACT Brumbies against the Crusaders in 2014. Photo: Photosport

Alexander made his Test debut against France in his hometown of Sydney under then coach Robbie Deans and established himself as a regular starter, valued also for his ability to play both sides of the scrum.

His last Test was in 2014 against England and his last Super Rugby game was the Brumbies' 2018 season-ending 40-31 upset of the NSW Waratahs in Sydney.

"His (Alexander's) commitment to the club is second-to-none and is exemplified by his retirement as our record cap holder.

"To play over 150 matches in Super Rugby for one team is testament to his qualities but, to everyone who knows him, Ben is so much more than a rugby player, being the successful businessman and great family man."