New Zealand driver Scott Dixon has finished third in the latest IndyCar round and his lead has been reduced to 26 points with just two races remaining. 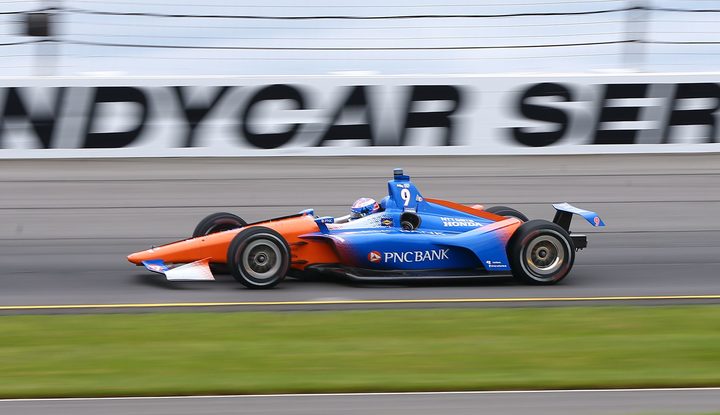 Dixon still holds the series lead by 26 points from Rossi, while Power - the 2014 series champion - has edged up the standings and now sits third overall, 42 points astray of Rossi.

It was Rossi's third straight podium finish, following on from back-to-back wins.

Power passed Dixon for first place on lap 150 of 248 on the 1.25-mile oval. The 37-year-old Australian then opened out gap of more than seven seconds before making his final pit stop 18 laps from the end.

In doing so, he surrendered the lead back to Dixon, but hit the front again on lap 240 after the Kiwi made his last stop for fuel.

Dixon led 145 laps from the pole position in the No. 9 PNC Bank Chip Ganassi Racing Honda and earned his eighth top-three result of 2018.

The four-time series champion has seen his lead shrink from 62 to 26 points over the past three races despite finishing in the top five each time.

"There were two different (fuel) strategies that played out, and I'm a bit mad at myself tonight for not making a decision quicker on which one to take," Dixon told the IndyCar series website.

"I'm not sure if it would have made a huge difference in the end, but it's a solid result and we lost just a small bit to Rossi."

The penultimate IndyCar race is the Grand Prix of Portland in Oregon on September 2, with the finale at Sonoma two weeks later.