Carrington who won a bronze medal in the event at the Rio Olympics was almost a second faster than reigning Olympic champion Hungary's Duanuta Kozak. 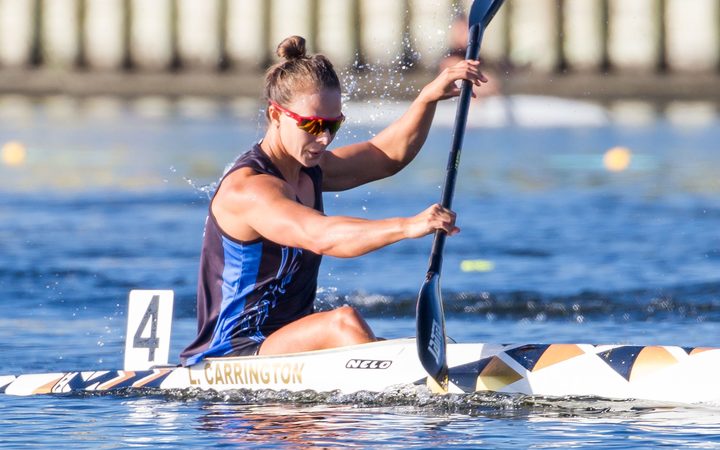 The Christchurch-based paddler, who had been second fastest heat qualifier, made a blistering start to establish a clear lead from the reigning world and Paralympic champion and pre-event favourite Curtis McGrath of Australia.

Martlew flashed through halfway with a third of a boat advantage but McGrath unleashed a withering final 70m to accelerate past Martlew to win his seventh world title by over half a second.

"It has been a long road to get here and it means a lot to win silver," said Martlew. 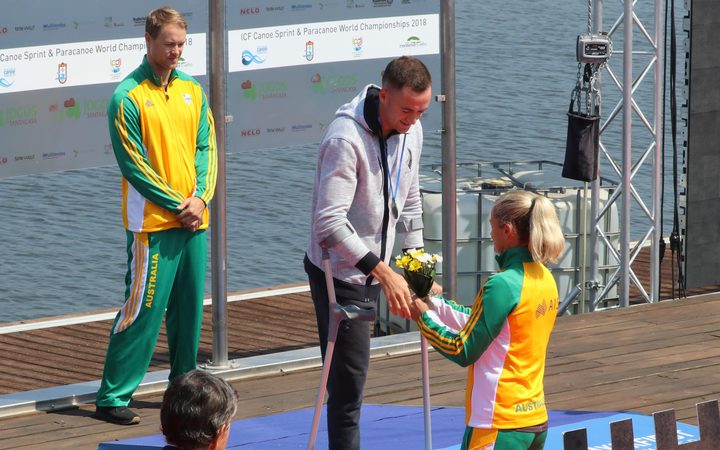 Scott Martlew on the podium in Portugal. Photo: Supplied

"Competing as I have in previous years as a KL3 and to be finally reclassified, into what I believe is the correct classification, was big for me. After many years grinding away, It is an amazing feeling to be on the podium.

"I definitely came here wanting to win gold. I made a good start and had a good middle (of the race) but Curtis came through at the end. It was similar to what happened on the World Cup (earlier this year) but I certainly have something to build on for next time."