The Central Pulse finally have some silverware to show for their season, after beating the Canterbury Tactix 61-56 to win the netball's super club competition in Nelson last night.

Eight teams contested the tournament - the top three New Zealand teams from the ANZ Premiership, the Southern Steel who pipped the Pulse in the final and Tactix - along with South African side the Gauteng Jaguars, the Singapore Sneakers, UWS Sirens from Scotland, a Nw South Wales Institute of Spiort side and a combined Fiji-Samoa team Marama Vou. 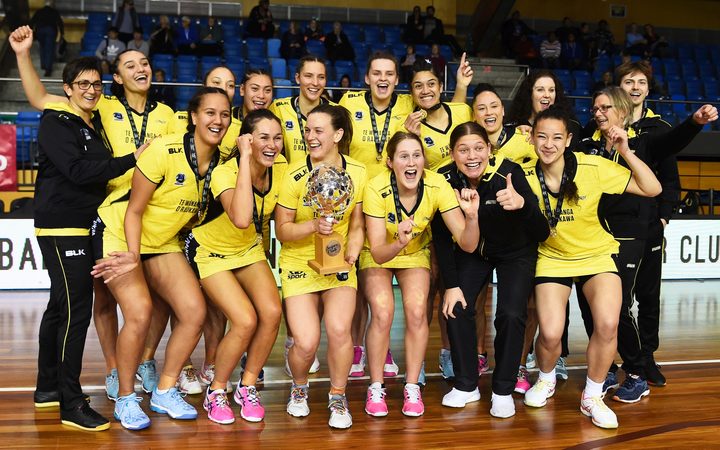 The Pulse celebrate their win in the Super Club netball competition in Nelson. Photo: Photosport

The Tactix stifled the Pulse with a strong through court defensive effort but the Pulse still managed to lead 31-27 at halftime.

The Southern Steel finished third with 54-45 win over the NSW Institute of Sport.