Back rower Tohu Harris returns from injury while Mason Lino replaces an injured Blake Green in the halves for the Warriors homegame against Penrith. 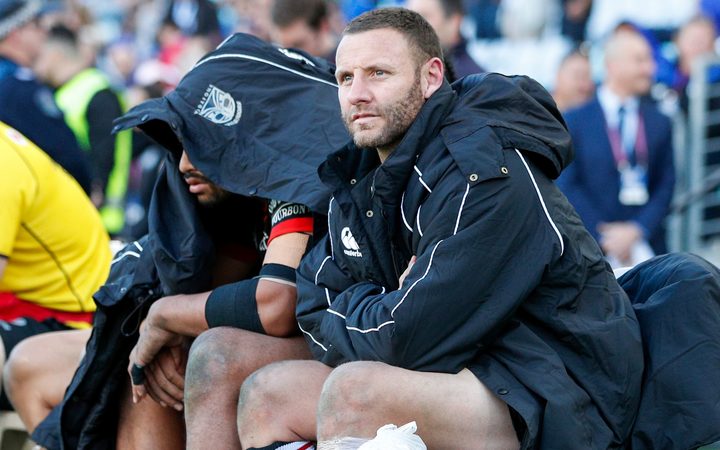 Lino's selection at standoff is the only change to the starting line-up used in the last three matches against St George Illawarra, Newcastle and Canterbury-Bankstown as the Warriors strive to confirm their place in the NRL finals for the first time since 2011.

Harris comes onto the bench for Leivaha Pulu after being side-lined since June 29 with meniscus tears in both knees.

Named on the bench again is utility back Peta Hiku, who is set to make his 100th career appearance after joining the club this season following a total of 80 games for Manly-Warringah and Penrith from 2013-2017.

The biggest individual milestone in Warriors' history looms large with Simon Mannering playing his 299th game this week as he eyes becoming the first player to rack up 300 matches for the club in the final regular season game against Canberra on Friday week.

Veteran playmaker Green, missing from the line-up for just the second time this year, is expected to return from a calf injury against the Raiders.

It gives Lino the opportunity to make his seventh appearance of the season and only his second in tandem with Shaun Johnson after the pair lined up against Melbourne in the 6-12 loss on July 22.

While they lose a leader in Green, they welcome back another in Harris who has missed the last six games against Penrith, Brisbane, Gold Coast, St George Illawarra, Newcastle and Canterbury-Bankstown.

He needed minor surgery to repair a tear in his left knee after the June 29 match against Cronulla before succumbing to the same complaint in his right knee in a training session as he was preparing to make his comeback against the Dragons.

The Warriors sit eighth on the ladder with 28 points, two behind the Dragons, Panthers and Sharks with the Storm, Roosters and Rabbitohs all locked on 32 points at the top of the table.

Penrith rebounded from an 18-50 loss to Brisbane with three late comebacks to beat the Sea Eagles, Raiders and Titans but lost 12-20 to the Knights last Saturday.

The Warriors have won only two of the last 10 contests against Penrith, both of those at Mount Smart Stadium (2014 and 2016) while the ledger is 9-9 in the 18 games the two sides have played in Auckland.