Hooker Tatafu Polota-Nau has launched a fierce defence of Michael Cheika following calls for the Wallabies coach to be axed after their first up Bledisloe Cup loss.

Cheika's 49-Test reign following the 38-13 loss to the All Blacks in Sydney has been questioned in the Australian media but Polota-Nau, who has played 33 of his 83 Tests under Cheika, is adamant Cheika should remian in the role saying it was the players, rather than the coach, who need to go under the microscope.

"He actually brings a great blueprint for us to work off," Polota-Nau said of his former Waratahs coach.

"If anything, it's more about how we take that blueprint and put it out there on the field. 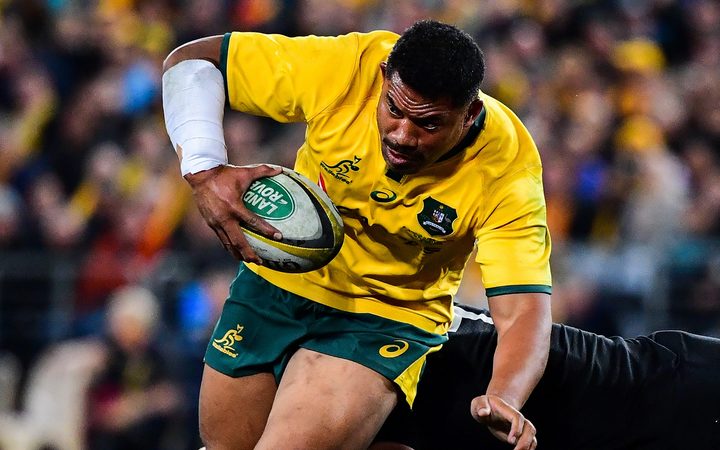 Wallabies hooker Tatafu Polata-Nau on the charge against the All Blacks in Sydney. Photo: Photosport

"If anything, he's also a great motivator, getting us to be upbeat in every single session that we take because you never know when your next Test might be. For some it might not be."

Polota-Nau, part of a badly misfiring lineout, expects a vastly improved all- round performance at Eden Park.

He believes he and his teammates could be accused of lacking application.

"There were times that we did switch on but not all of us. It was one of us at different times in the second half.

"If we can maintain the pressure that we had on (early) throughout the whole 80 minutes, it'll definitely be a different ball game."

The All Blacks were eager to stay out of any debate surrounding Cheika's merits.

Assistant coach Ian Foster was asked to assess whether the Wallabies had made progress since he began in late 2014.

"Do you seriously want me to talk about that?" he asked.

"I don't want to comment on another coach. As far as I'm concerned, every Aussie team that we play's been well prepared and it's been a battle so I'll just leave it at that."