The Central Pulse have been beaten 50-49 by the New South Wales Institute of Sport in the final game on day two of the Super Club netball tournament in Nelson. 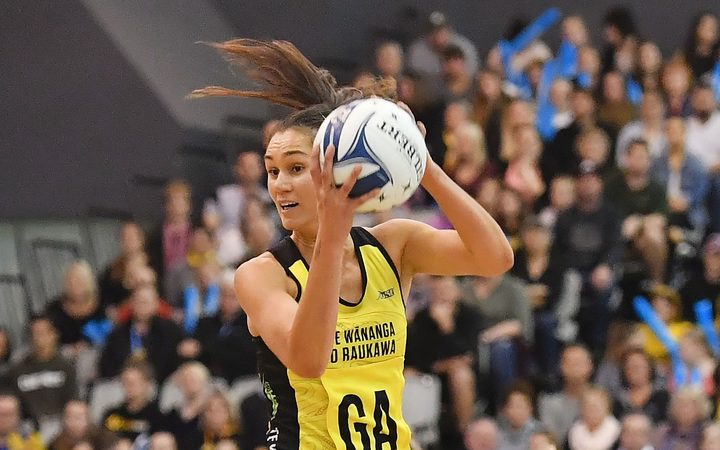 The result left NSWIS and the Mainland Tactix as the only unbeaten teams heading into the final round of pool play which features the top three New Zealand teams and five international line-ups.

Trailing by five at the main break, the Pulse made a strong case in the second half with a tighter defensive effort and more accuracy on attack.

Shooter Ameliaranne Ekenasio found her range late, three successive two-point shots levelling the scores with just over a minute to go but the Australians held off the late-charging Pulse to post the winner on fulltime.

Making amends for their opening day loss, the Southern Steel returned to winning ways with a comprehensive 80-52 win over Singapore's Sneakers.

From the outset, the Steel were much more direct and proficient in their play with shooters Jen O'Connell and the up-and-coming Georgia Heffernan both having strong impacts.

At the other end, in-circle defenders Courtney Elliott and Te Huinga Reo Selby-Rickit won plenty of turnover ball as the Sneakers struggled to combat the pair's height and athleticism.

The Steel took off in the second quarter, going on to complete the match with machine-like efficiency. The Sneakers conversion ability from two-point range dried up and with it, any scoreboard pressure, as they lost the rebound and possession battle.

The Tactix took no chances against South Africa's well-performed Gauteng Jaguars and turned on a compelling outing to seal a 64-36 win and remain unbeaten.

The South Africa champions could not produce their form of the previous day when they upset the Steel, New Zealand's No 1-ranked team. The influence of the Tactix defensive duo Jane Watson, who was relentless, and Sophia Fenwick, combined with the ready target of towering shooter Ellie Bird under the hoop proved too much of a hurdle.

New Zealand's third-ranked team did a fine job of restricting their opponents shooting opportunities after wresting control early in the piece and extending their advantage throughout. The Jaguars had no luck from the two-point zone and were guilty of too many turnovers, the Tactix thriving on the extra ball.

The Tactix top pool A with 6 points, while the Steel have 4 and Gauteng 3, and in pool B NSWIS have 6 points, the Pulse 4 and Marama Vou 3.

Today the Steel play the Tactix, the Pulse play Marama Vou of Fiji and the NSWIS play the Sirens of Scotland.

The semi-finals are on Thursday and final on Friday.