India take all 10 England wickets in a session then pile on the runs to move in sight of a victory in the third Test at Trent Bridge that would bring them right back into the series. 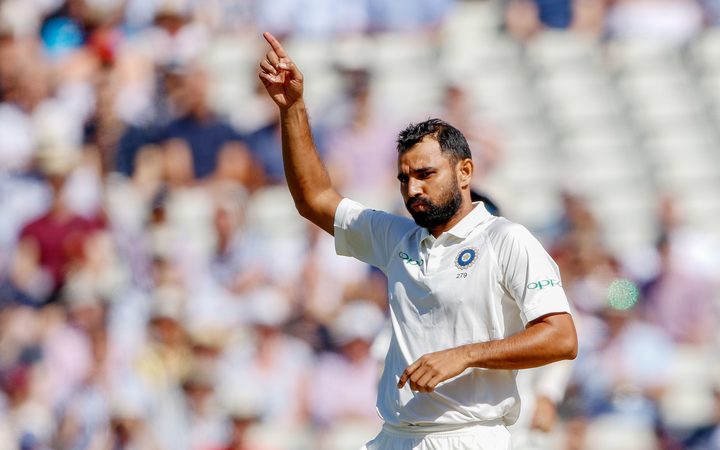 By the close, India were 2-124 in their second innings - a lead of 292 - after Hardik Pandya had produced a devastating, career-best spell after lunch to rip through England's batting line-up.

England, who lead the five-test series 2-0, were left to pick over an astonishing day which began well when they quickly picked up India's four remaining first-innings wickets.

They then set off brightly in pursuit of India's 329 before collapsing from 0-56 to 161 all out, suffering the indignity of losing all 10 wickets in a session for the third time in two years.

Their chief tormentor was paceman Pandya who took five for 28 in just six overs, the best figures of his test career, including a wicket with his first ball, as England conceded a first-innings deficit of 168.

England capitulated in a familiar fashion, at one stage losing nine wickets for 74 runs in the space of just 20.5 overs.

Openers Alastair Cook (29) and Keaton Jennings (20) both departed to catches behind with wicketkeeper Rishabh Pant going on to take five catches in the tourists' other standout performance.

Ollie Pope (10) was another victim with captain Joe Root then caught by Lokesh Rahul's fingertips at slip.

Root clearly felt the ball had bounced before reaching the fielder and remained unhappy even after the TV umpire confirmed the dismissal, shaking his head in disapproval.

Jos Buttler raised the biggest home cheer of the afternoon by scoring a streaky run to avoid the follow on. The batsman did his best to fight back, striking several strong blows before he finally holed out on 39.

When India batted for the second time it immediately looked a different game as openers Shikhar Dhawan (44) and Rahul (36) went past 50 at a run a ball.

It was the first time since 1986 that Indian openers have twice posted half- century partnerships in the same match in England.

Rahul was eventually bowled by Stokes, who claimed his first wicket since his return to the side, but by then it was already case of how quickly the tourists would pile on the agony for England.