Sergio Aguero netted his 13th hat-trick for Manchester City as the champions thrash Huddersfield Town 6-1 and move joint top of the Premier League. 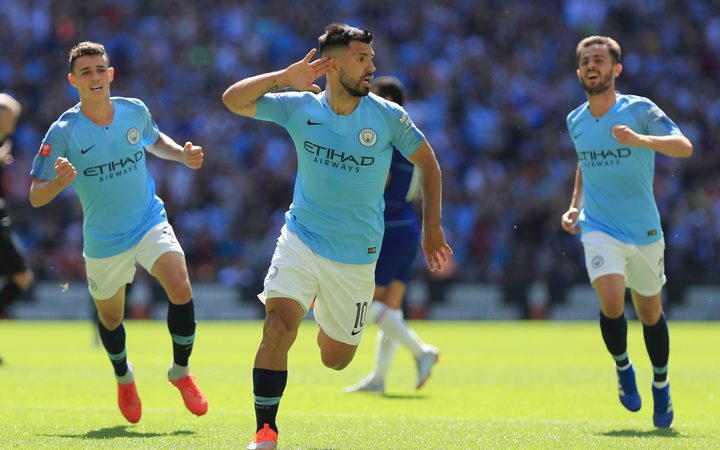 The visitors were never likely to replicate last season's feat of stopping City scoring at home. After riding their luck for 25 minutes, keeper Ederson found Aguero with a perfect through ball and the Argentine kept his cool to finish cleverly.

Unusually, coach Pep Guardiola opted to start Gabriel Jesus alongside Aguero. The Brazilian also scored after exchanging passes with Benjamin Mendy and firing past Ben Hamer, who then fumbled a cross to gift Aguero his second and City's third in a blistering 10-minute spell before halftime.

Although Jon Stankovic pulled a goal back before the interval, there was no respite as David Silva marked his 250th Premier League game with a perfect free kick. Aguero flicked home his third on 75 minutes and Terence Kongolo put through his own net late on -- the ninth goal Huddersfield have conceded in two games.

In other games, Manchester United's troubled start to the season took another unexpected twist as they lost 3-2 at Brighton & Hove Albion on Sunday with manager Jose Mourinho admitting they were punished for making too many mistakes while Watford made it two wins out of two and ended their run of poor away form in impressive fashion as early second half strikes from captain Troy Deeney and Will Hughes gave them a 3-1 win at Burnley.