The All Blacks are promising no let-up after putting the Wallabies to the sword yet again in the Rugby Championship opener in Sydney. 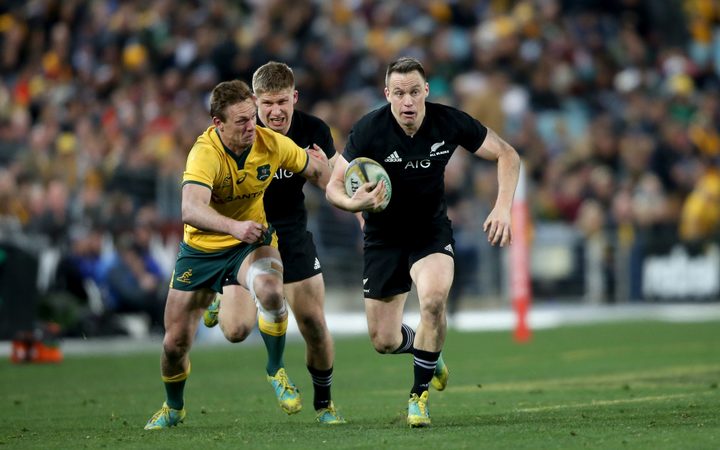 The world champions piled on five second-half tries to turn a one-point deficit into a commanding 38-13 victory at ANZ Stadium on Saturday night.

Despite the rampant display, the All Blacks were quick to claim the job was only half done before returning to their Eden Park graveyard looking to clinch the Bledisloe Cup for a 16th straight year.

"We've only got one hand on the trophy," said skipper Kieran Read, who made a triumphant return to the Test arena with a typically wholehearted 80-minute captain's knock after undergoing spinal surgery last December.

In a chilling warning to the Wallabies, coach Steve Hansen insisted the All Blacks still had plenty of improvement to come.

"We weren't a 100 per cent clinical, there's no doubt about that," Hansen said.

"There's plenty for us to work on in the next seven days, but there's enough to be happy about."

The All Blacks were uncharacteristically off their game early, trailing 6-0 until the 39th minute and forced into errors by the Wallabies' aggressive defence.

But a try, pretty much out of nothing, to halfback Aaron Smith in the shadows of halftime gave the merciless Kiwis momentum heading into the sheds.

"The first half was like two big bulls in the ring head-butting each other," Hansen said.

"They had momentum for the first 20 and then we managed to get a bit of ball and keep it and force them to make a few tackles.

"Whilst we didn't score the points we wanted to score in that 20-minute phase, we did put them under a lot of pressure and I think in the end that pressure mounted and in the second half we were able to take advantage of it."

Not everything went New Zealand's way, with rugged centre Ryan Crotty lasting only 13 minutes before being forced off following a nasty head clash with teammate Beauden Barrett.

"He's been knocked out so he won't play next week," Hansen said.

Nor does the coach expect winger Rieko Ioane to back up after succumbing to a hamstring injury early in the second half.