Jack Maddocks looms as the second-half game-breaker to pilot the Wallabies to Bledisloe Cup glory after being handed a dream test debut against the All Blacks in Sydney. 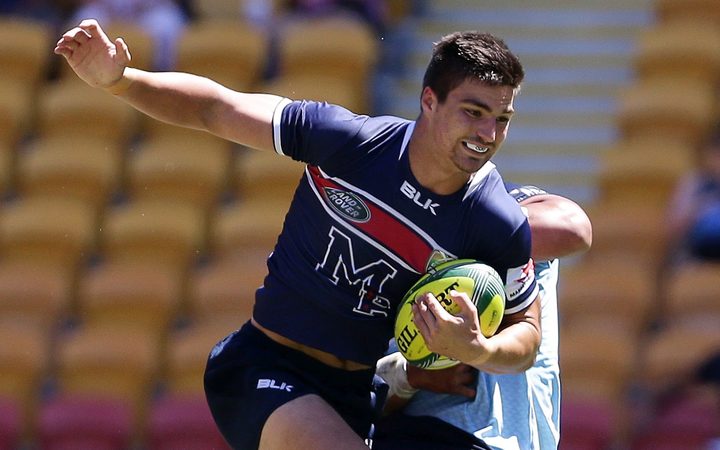 As expected, coach Michael Cheika named Reece Hodge in the vacant outside centre position, Tatafu Polota-Nau at hooker and parachuted Tom Robertson in to play tighthead prop after a shoulder complaint forced Scott Sio out of Saturday night's showdown.

But it was Cheika's inspired selection of 21-year-old Maddocks on the bench that will give hope to Australian fans that 2018 could be the year to finally end New Zealand's 15-year stranglehold on the Bledisloe Cup.

A brilliant ball runner, the former Australian under-20s star has long been earmarked for international stardom.

"Everyone knew he was going to be a Wallaby at some stage. It was more a matter of when," Hodge said on Thursday.

Cheika knew too, from the moment he first saw the backline ace, an eastern suburbs neighbour and graduate from Sydney's famed Scots College who prefers fullback but is equally at home at centre, five-eighth or on the wing.

"He can sniff out a break, he's a great support player and has some of the old fashioned skills maybe that aren't as coached as much these days around support play.

"He looks to get another touch, is able to read when he needs to be in his position and when he can float off that."

Cheika said he'd have no hesitation throwing Maddocks into the Bledisloe pressure-cooker early if injury hit the Wallabies.

"The lad would not be in the team unless he warranted being in the team," he said.

"It's a great opportunity for Maddocks to take his game to another level."

It will be Hodge's first test start in the No.13 jumper, with the classy utility having filled every position in Wallabies backline expect fullback and halfback.

Polota-Nau earned his 83rd test cap after returning home from club duty in England to edge out former NSW teammate Tolu Latu for the No.2 jumper, while the in-form Robertson will be starting for the first time against the world champions.