England rugby player Danny Cipriani pleaded guilty to common assault and resisting arrest after an incident at a nightclub on Jersey which left a female police officer bruised. 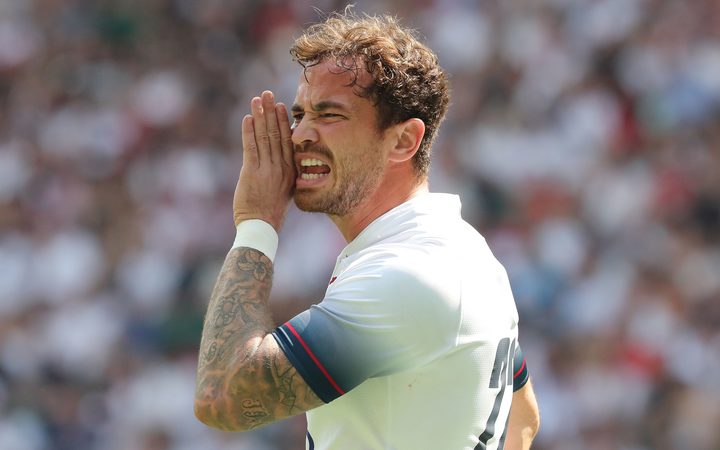 The 30-year-old was fined a stg2000 ($NZ3800) and ordered to pay stg250 in compensation to the officer when he appeared at Jersey Magistrates' Court on Thursday.

Cipriani's England future could now be in doubt after another episode in a career marked by controversy and ill-discipline.

He was arrested early on Wednesday morning in St Helier, Jersey, while on the island for pre-season preparations with his English club side Gloucester.

The club put out a statement saying that Cipriani would receive their "full support".

The prosecution said the incident happened at the Royal Yacht Hotel in St Helier when Cipriani became verbally and physically abusive to a doorman who had tried to stop him taking his drinks outside.

When the doorman activated a body camera he was wearing, Cipriani became more aggressive and tried to pull it off him, leading the doorman to call the police, the court was told.

When Cipriani then tried to resist arrest by the police officer and two of her colleagues, he pushed her in the chest area and held on to her collar and shirt before he was finally restrained and taken to the police station.

Cipriani said in a statement that he was "truly sorry" for what he had done.

"To my club, teammates, supporters and most importantly the police. They have a tough and vital job and I'm mortified that, earlier this week, I acted in a way that I hugely regret. I am truly sorry."

"It goes without saying, given the words of the Magistrate, that I didn't strike anyone or initiate aggression in any way."

Cipriani returned to the England squad earlier this year, having made his first test start for 10 years against South Africa in Cape Town in June.

He has been warned by England coach Eddie Jones over his conduct following a number of off-field issues during his career.

They included a training ground fight with a Wasps teammate and a nightclub incident while playing for Australia's Melbourne Rebels in 2011. Cipriani was also hit by a bus on a night out with Sale team mates in 2013.