As New Zealand's most high profile basketballer in history, Steven Adams understands there are plenty in this country who want to see him in a black singlet. 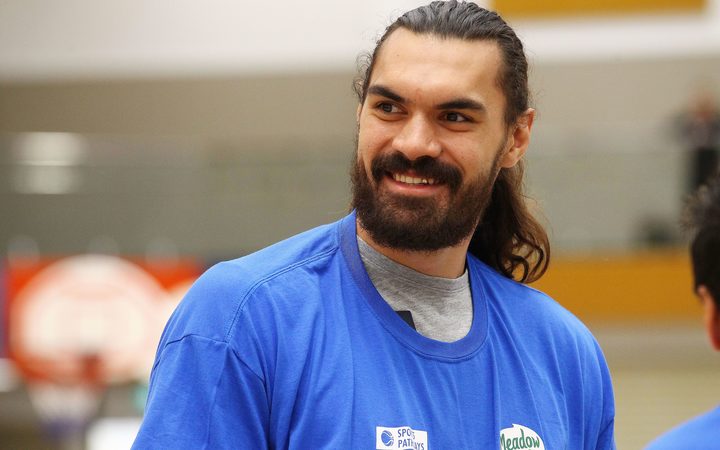 But for the meantime - the Oklahoma City Thunder star had a message for those people.

"Say if they're personal fans of mine, that's cool, but if you're Tall Blacks fan then support the Tall Blacks.

"They deserve a lot more attention than I'm getting on their behalf. I find that weird, I'm not playing."

Adams is back in the country - with his trio of camps for aspiring junior players getting underway in Auckland on Thursday morning.

Identical events will follow in Palmerston North and Dunedin, while this year the country's only current NBA player will also fund an Invitational Game for 40 of the best high school players New Zealand has to offer.

Despite this contribution, the question still lingered, just when will the Kiwi who is not just playing - but excelling - in the world's best basketball league, eventually playing for his national team.

There was hope - ahead of recent games against Hong Kong and China, the former in his home-town of Rotorua - Adams might've already made his Tall Blacks debut.

He said he spoke to New Zealand coach Paul Henare, but preferred to continuing contributing in another way.

"I definitely considered it, I'm always in talks with Pauli.

"It's just one of those things and I always say when the time is right, but I'm concentrating on just helping the kids.

"Ultimately, these kids that we're helping now, especially with this high performance thing, they're going to make basketball in New Zealand better than what it is.

"It ain't just me, one player, it's going to be a bunch of different players that went down this path and they're going to propel basketball to another level and it's taken more seriously.

"We have to make sure all of the foundation is set now and that it can actually grow. Create an environment where the kids can grow and basketball grows itself." 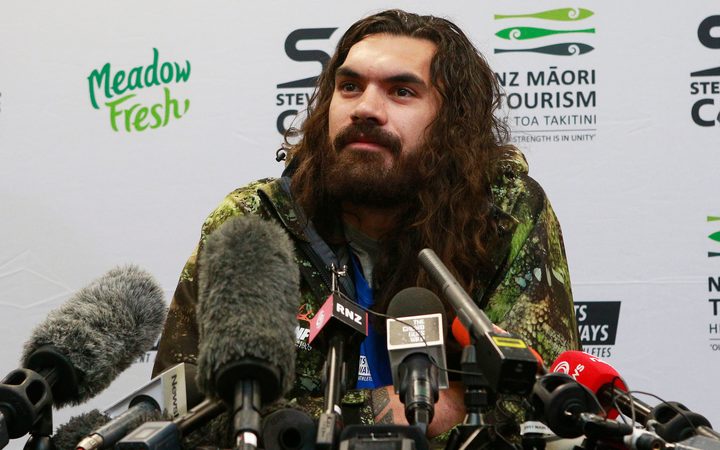 Through Sunday's high school invitational games in Palmerston North, New Zealand's highest paid sportsman has this year upped the ante in his desire to grow the game here from the ground up.

Adams hoped the games would not only give the talented teens much-needed exposure - but pass on valauble lessons he learned on his path to stardom.

"We have some people coming in and talking to them, educating them about the path they can take.

"It's much more than just playing. That's cool, we know you can play, but it's the off-court stuff, can you get that under control.

"That's probably the biggest factor that's going to propel them forward or hold them back."

It's a contribution that isn't just noticed in New Zealand.

The shaggy-haired seven-footer has endeared himself to Oklahoma and NBA fans across America with his ultra-Kiwi personality and no-nonsense play.

Thunder vice president of corporate communications Dan Mahony said Adams had made a considerable impact at the organisation.

"We see it in our merchadise sales, our jersey sales. We know there's a great love of the NBA here and always has been.

"But the fact people in New Zealand know where Oklahoma City is, is very encouraging to us and makes us feel really good." 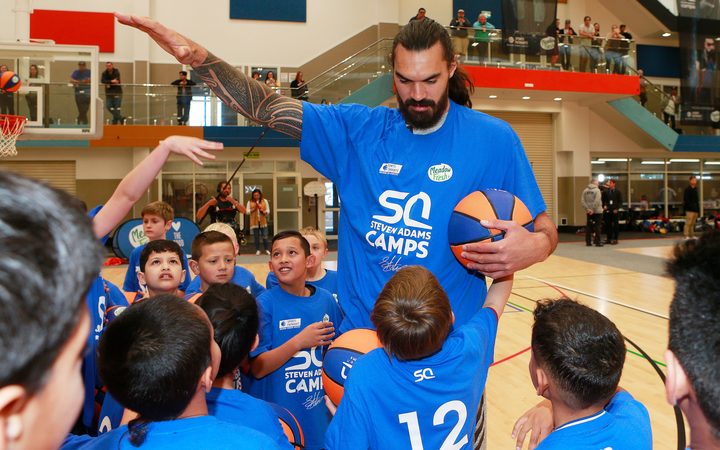 Steven Adams talks to young basketballers during one of his junior camps in Auckland. Photo: Photosport NZ

As for Adams' future involvement with the national team, he said the lines of communication between himself and Henare remain open.

With the World Cup just a year away in China, it's likely the Tall Blacks coach will be ready and waiting for that decisive call.

For now, though, Adams' focus remained on the next generation.

"Basketball helped me to get into this position I'm in now, it's just about giving back and giving kids an opportunity.

"I do believe there is a lot of opportunity that can come from basketball, if you choose to take that path."