Giant lock Eben Etzebeth is set to play his first competitive game of rugby in 10 months when he starts for South Africa in their Rugby Championship opener against Argentina at Kings Park on Saturday. 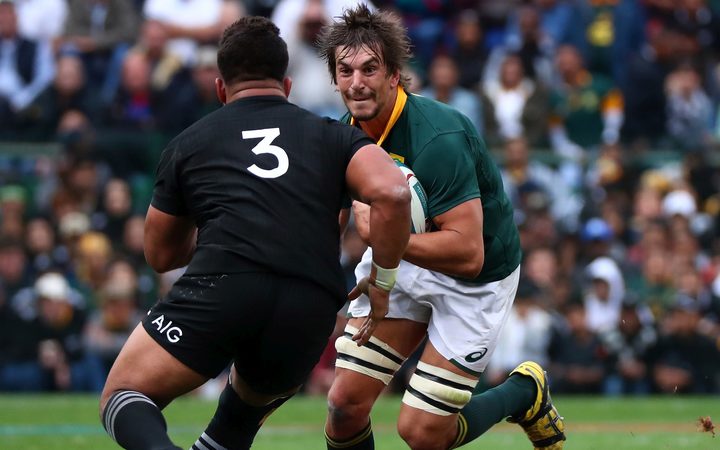 Springbok coach Rassie Erasmus has confirmed that last year's captain had been given the medical all-clear, and is likely to play the first hour against the Pumas having only just returned from a shoulder injury followed by a back problem.

"His match fitness is a concern and it's for that reason that we won't see him playing much more than 60 minutes this week," Erasmus said.

"We just received the clearance from the specialist. He's been training full on with us ever since the end of the Stormers' Super Rugby campaign, but we've been waiting on this (medical clearance).

"I'd prefer to start a player who is in this situation than play him from the bench. If we start someone else and then there is an injury in the first minute, we might be in trouble."

Etzebeth, 26, brings an enormous physical presence to the pack and is a solid line-out option with 67 caps to his name since his debut 2012.

His return along with the likes of loose-forward Warren Whiteley and hooker Malcolm Marx had added significant strength in depth for Erasmus from the side that beat England 2-1 at home in June.

"We are blessed in the forwards, it's been a long while since we had so many front-rowers and good hookers available. There are also a lot of second-rowers and we are mixing and matching the loose-forwards at this stage," the coach said.

"There is tremendous talent in the backs as well, but not a lot of experience. It doesn't mean we will be successful immediately, but it's a good sign."

Erasmus is well aware that after success against England, expectations are the Boks will brush aside an Argentina team who have won just two of their last 18 tests - against Italy and Georgia.

But the coach expects a much improved South American outfit after a solid Super Rugby campaign for the Jaguares, who make up most of the Pumas side.