They roared, cheered and followed his every move as a vintage Tiger Woods went on the prowl in search of an elusive 15th major title. 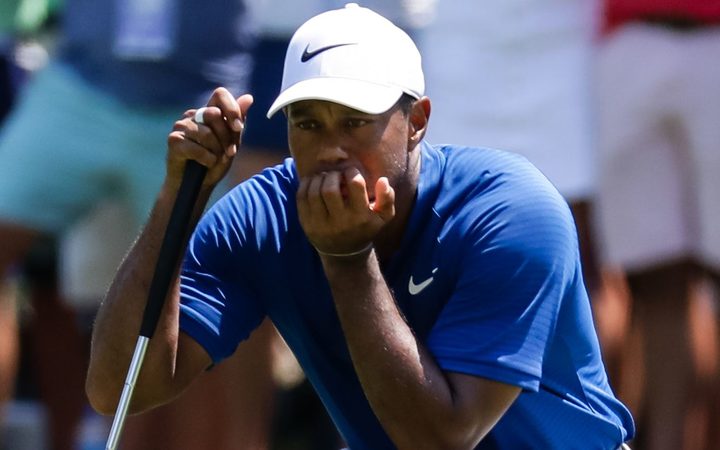 Woods was the Pied Piper at the Bellerive Country Club in Missouri - venue for the season's final major the US PGA Championship - as fans got the scent of a potential Woods victory.

He responded by shooting the lowest 72-hole score of his major championship career and his best final round on the biggest stage, but finished second.

Even in defeat the former world No.1 did not disappoint.

The 14-time major champion summoned all his powers to shoot a six-under-par 64, equalling the day's best round, to finish two behind winner Brooks Koepka and one ahead of third-placed Australian Adam Scott.

It was Woods' first runner-up finish at a major since the 2009 PGA, while his 266 total score is the lowest of his major championship career.

The 42-year-old admitted he never felt so satisfied without winning.

"I was pretty ticked at the British Open; I had the lead there.

"But (today) I never quite got to the lead; I was always trailing."

Drawing deafening applause from an enormous Missouri crowd craving another vintage charge, Woods manufactured birdies from the trees after failing to hit a single fairway on the front nine.

But he came alive on the homeward stretch.

Woods knocked his approach to four feet at 12th and calmly rolled in the birdie, before hitting his tee shot to 10 feet at par-3 13th and draining the putt to pull within one of Koepka.

His run fizzled when he flared his tee shot into the hazard at the par-5 17th and only made par.

But for another major, he gave hope of capping his remarkable comeback from spinal fusion surgery last year with another crown.

"It was a struggle, I found a little bit of something on the back nine and I made a bit of a run," said Woods.

"I was hanging in with my mind basically, it kind of got me through."