New Zealand are out of the under-20 women's World Cup with a 1-0 loss to Ghana but competed well against a quality opponent. 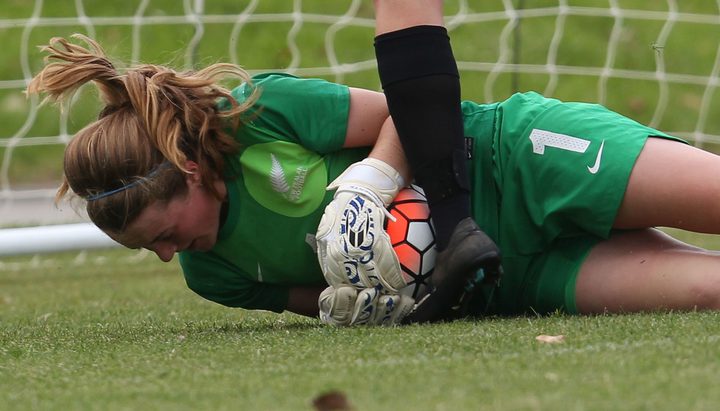 Gareth Turnbull's side had already performed impressively against the Netherlands and hosts France, putting themselves in a position to progress past the group stages if they could claim a win over Ghana and the Dutch did them a favour by beating France.

In a first half lacking in any real rhythm from either team, the action was evenly spread with Ghana shading the possession stakes and managing more shots at goal.

However, the African champions' attempts were largely ambitious and from distance, and it was New Zealand who carved out the better opportunities.

Turnbull was forced into a change at half-time with skipper Malia Steinmetz - who had put her body on the line in bruising fashion against France and was in the wars again today - having to make way for Rose Morton.

Ghana finally found the goal both sides had been toiling all afternoon for with quarter of an hour remaining.

New Zealand goalkeeper Anna Leat was left stranded as a sweetly struck drive from Grace Asantewaa crashed off the underside of the crossbar and broke kindly for Ruth Anima to head home.

With France now having extended their lead to 4-0 in the other Group A match, all hope of progressing was lost for New Zealand. They still piled the pressure on in the dying stages, but couldn't manage to snatch a consolation goal.

"There's no shame in losing to Ghana but I felt we did enough to win. We failed to execute in the final third though which is where it matters the most unfortunately.

"Overall, I think the World Cup has been a good learning tool for everybody involved and hopefully it's a platform for many of this group to transition towards the senior side."