David Fusitu'a will become a 10-season Warrior after signing a long-term deal with the NRL club. 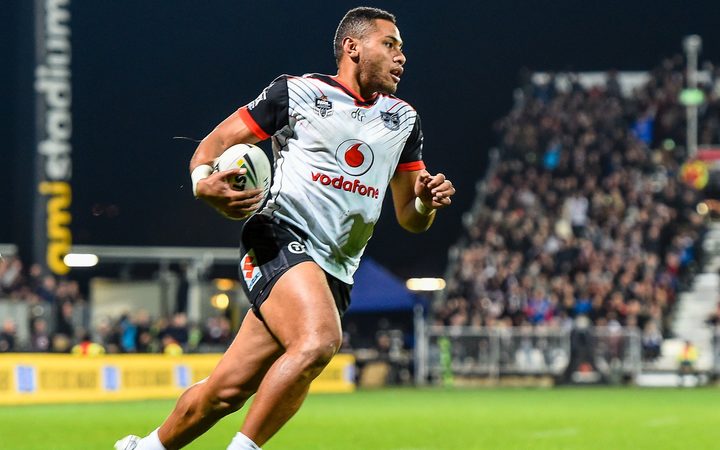 The winger has committed to the Auckland club until 2023 after extending his contract for four seasons beyond its original expiry date next year.

He will become the eighth Warriors player to clock up a decade of service after making his debut as a teenager in 2014.

Fusitu'a, who has scored 15 tries this season, is committed for longer than any of his teammates.

The next longest contract is held by skipper Roger Tuivasa-Sheck, until 2022.

Coach Stephen Kearney said it was a priority to retain the hulking right winger, whose diving corner finishes have become a trademark.

"There's no question he has made tremendous progress, especially over the last two seasons. He provides wonderful value for us in all respects," Kearney said.

"He's a player the club has put a lot of work into to develop into a high- quality footballer and he is repaying the faith we have always had in him."

Four doubles this season were followed by a hat-trick against Manly in round 14.

He hasn't scored since but the Warriors hope that will end in Friday's home match against Newcastle, who have conceded 10 tries to Fusitu'a in five games.

Of the Warriors' leading tryscorers, 23-year-old Fusitu'a sits second on the all-time list for strike rate.