Tall Blacks guard Reuben Te Rangi has stepped up when it mattered to lead the Southland Sharks to an upset 98-96 win over Wellington's Saints in the national basketball league final. 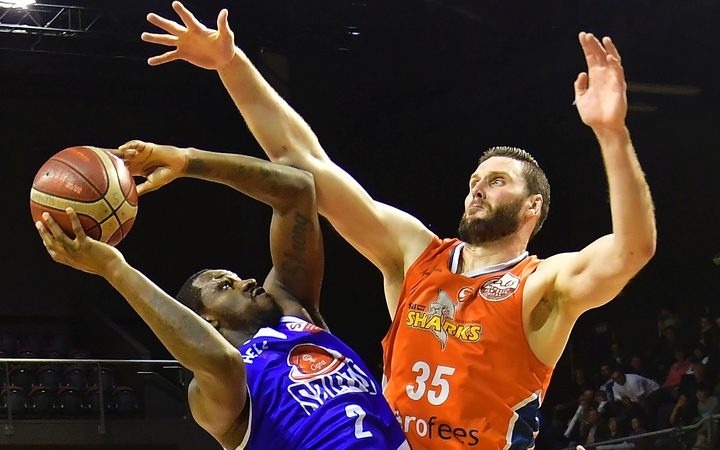 Te Rangi was been relatively quiet during the regular season, but hit form in the playoffs and was a key player in Sunday's final with 26 points, six assists and six rebounds.

After starting in place of injured point guard Jarrad Weeks, Derone Raukawa added 16 points for the Sharks while Connor Morgan chipped in with 17 points and Orlando Coleman 13.

The Sharks led 35-29 at the end of the first quarter and 67-51 at halftime, but Saints battled back to cut the deficit to just eight at the three-quarter mark.

Wellington, chasing their third successive NBL title, got to within a single point with just over three minutes remaining but Southland's defence stood strong.

They were under pressure right to the final whistle, Wellington getting a defensive stop with seconds remaining to set up up a thrilling finale.

Ili dished to Leon Henry for a potential game-winning three which did not drop, the Saints nailing the offensive rebound and putting up a couple of attempts to tie the game before the Sharks finally claimed the rebound.

For the home team, Shea Ili led allcomers with 27 points while LJ Peak and Jordan Ngatai both added 21.