Sam Meech thinks he got a bit lucky but few of his rivals believe that after he took a firmer grasp on the lead in the Laser fleet at the sailing world championships in Aarhus. 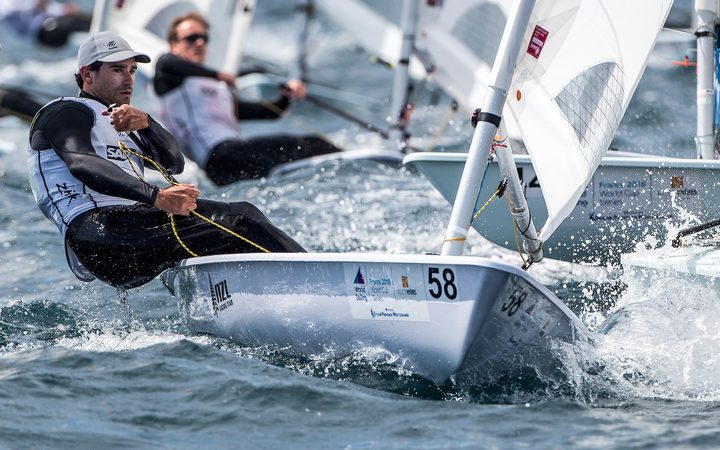 The 27-year-old was imperious on the opening day, winning both of his races, and he came close to replicating that on day two, with a second in his fourth race the only blemish, if you can call it that, on his scorecard to date.

The second is his discard for his worst result so far and is not only much better than most of his rivals but the best of any of the 1400 sailors across all classes in Aarhus.

His frighteningly good scoring won't have gone unnoticed among the rest of the Laser fleet, which is usually considered the most competitive of all the Olympic classes, and he showed his speed when he came back from 13th at the top mark to finish second.

"There were some pretty scary moments because it was really, really tricky sailing out there," Meech said.

"There were 90-degree wind shifts at times so I was just in the right place at the right time.

"It's only the qualifying so far - the real action happens in those last two days of gold fleet."

The 165 Laser sailors will have one more day of qualifying before splitting into gold, silver and bronze fleets.

Meech is not the only New Zealander making an impact in Aarhus.

Logan Dunning-Beck and Oscar Gunn are joint leaders after the first day of racing in the 49ers while Josh Junior is seventh after three days in the Finn.