The cream has risen to the top in qualifying for the first Supercars night race in Australia for 21 years. 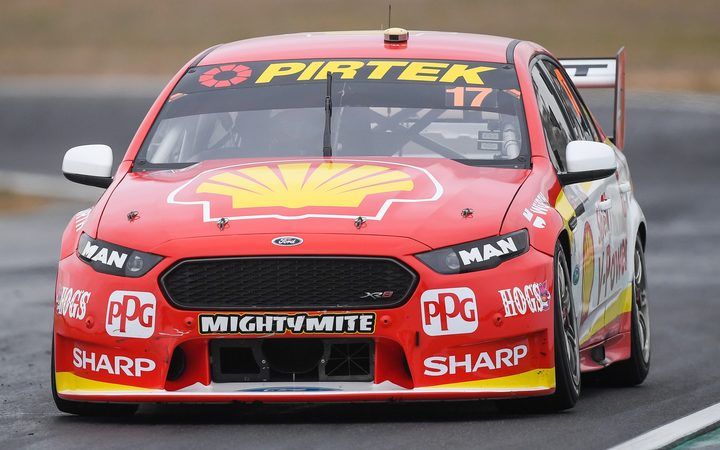 After some surprises were thrown up in the first practice on Friday, Ford star Scott McLaughlin smashed the track record at Sydney Motorsport Park with a scorching lap of 1:27.9494.

The championship leader's scintillating display saw him take his 11th pole position of the season and 44th of his career.

At just 25, the New Zealander sits in third behind only seven-time champion Jamie Whincup and the legendary Peter Brock on the all-time pole list.

"I'm stoked for everyone here, the car was awesome and it was a tough qualifying session," McLaughlin said.

"I'm still getting used to those (qualifying) three-stage ones but I think they're great for the fans."

He will be joined on the front-row by his Shell V-Power teammate Fabian Coulthard for the historic race under lights on Saturday night.

It's the sport's first weekend racing under lights in Australia since 1997's Calder Park round, with 60 temporary light towers set-up around the Eastern Creek circuit.

Holden star Whincup battled hard to get to fifth in a boost for his confidence.

Drivers are predicting the sole race of the round to be a "wildcard" considering the series hasn't raced under lights since heading to Abu Dhabi in 2011.

Adding into the mix, it's a 300km endurance test that is worth double the points of a regular race.

McLaughlin has a 131-point gap on van Gisbergen in the championship after the pair split the two races at Ipswich last month.