The 2018 Super Rugby final is on tomorrow night at the undeniably underwhelming AMI Stadium in Christchurch. Usually you'd write a list like this after the big game was done in case of an upset. However unless the Lions have brought Suzie the Waitress with them from Johannesburg, the chances of the Crusaders not picking up their ninth title are pretty slim. 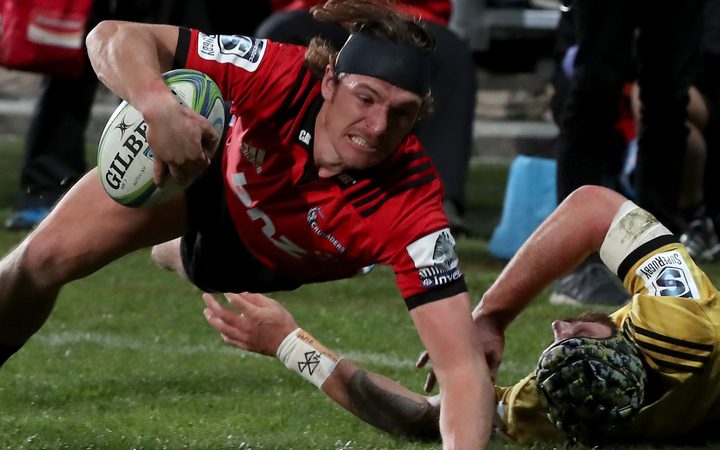 That being said, here's a look back at what we learned in the bloated, at times wildly entertaining, and often frustrating season that's just been:

Richie Mo'unga is the real deal - Despite looking like he'd have another season disrupted by injury when he broke his jaw back in March, the Crusaders first five has been instrumental in their run to the title. He not only made his test debut in June, but since then is seriously being considered by some to replace Beauden Barrett in the All Black 10 jersey. That's because...

Having the Hurricanes being run by the Barrett brothers might not be so great after all - While they made the semi finals, this will have to go down as one of the more disappointing Canes' seasons. They looked set to cruise in and possibly take home field advantage for the playoffs, then collectively all lost interest in playing rugby. They lost five out of their last six games, and pretty much leveraged everything on Beauden and Jordie coming up with something amazing. They didn't do it often enough, and that's the reason they're watching the final along with the rest of us.

Whatever the Chiefs pay their physios, it's not enough - The Chiefs managed to salvage a season out of what would have been the kiss of death to pretty much anyone else. An incredible 17 injuries didn't stop them putting together an impressive performance to beat the Blues on Eden Park. Much later down the track, they put 42 points on the Highlanders - in one half.

We've said goodbye to a lot of important Super Rugby players in the last few weeks - Liam Messam, Wyatt Crockett, Brad Shields and Julian Savea all waved goodbye to very accomplished careers. At least Crockett got a stadium temporarily named after him.

Israel Folau, despite the other stuff, is a fantastic footballer - Credit where credit is due, Izzy has been in great form this year and was one of the main reasons for the Waratahs making an unlikely appearance in the semifinals.

The Lions are the Buffalo Bills of Super Rugby - The hapless Bills managed to make it to the SuperBowl four times between 1990 and '93, getting progressively beaten by larger scorelines every time. The Lions seem to be following the same pattern quite nicely, because in their third final in a row they're going to be copping a hiding from the Crusaders.

South Africa are probably going to ditch Super Rugby - The writing is more or less on the wall for this one, so there's no point pretending this relationship is still healthy. South African teams see their future as in the same timezone and much better pay packets of the Northern Hemisphere, so we may as well start planning for when Super Rugby becomes a primarily trans-Tasman competition.

Brad Thorn isn't that hot at his new job - Great All Black, sure. Great coach, not so much. At least not yet, as the Reds ended the season with a 6-10 record, and at one point haemorrhaged 63 points to the Sunwolves. Maybe Big Bad Brad needs to eat some humble pie, pick up the phone and give Quade Cooper a call about next season.

The Highlanders are still more than happy to take guys others don't want - What's the odds that new signing Bryn Gatland heads off to Dunedin, then turns around and knifes the Blues in the back next season by slotting a last gasp drop goal or penalty winner when the Highlanders play them? More than likely.

No one likes listening to refs go through their bureaucratic nonsense - Can we just figure out a better way that the refs talk with each other, because right now it's like overhearing a bunch of humourless middle-management types discuss the most economical ink cartridges to purchase for the printer.

Yes, the Blues didn't really make the list. That's because we already made our assessment of them back in round 11, and it wasn't good.