The New Zealand golfer Lydia Ko is on the leaderboard after the first round of the British Open in Lancashire. 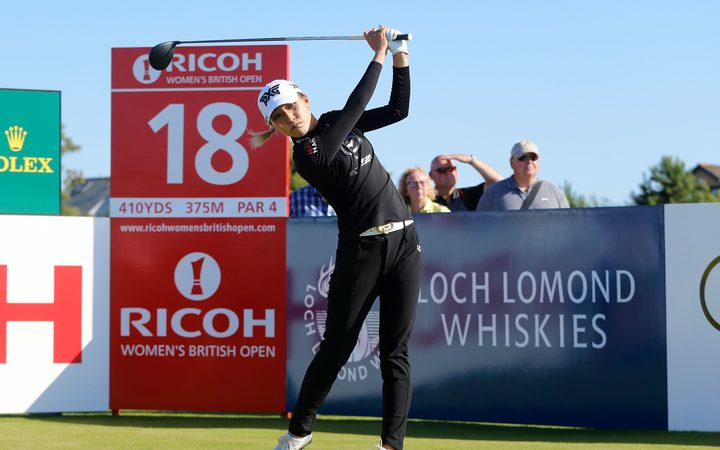 Ko fired a four under par 68 at Royal Lytham and St Annes to be in a tie for eighth, three shots from the leader Minjee Lee of Australia.

Ko carded five birdies in her afternoon round with just one bogey to show she is closer to the form we are used to seeing. Her side of the draw also got the better of conditions with early rain clearing to produce a nice afternoon for scoring.

The former world number one was pleased with her start, but knows there is still work to be done.

"I feel like I played pretty solid and gave myself quite a few looks at birdie which is a good thing, especially in a major championship, but starting off four-under in round one is a solid start," said Ko.

She looked to enjoying the occasion of a major championship which has always been a key focus for the bubbly Kiwi.

"I think the biggest thing for me is just to enjoy being out there, I had two great players to play alongside and everyone was playing really solid. I just tried to have fun, it's a long week so you just have to be patient and try enjoy every moment."

After this solid first round, she will be looking to pounce with the early tee time of 7:58am (UK) tomorrow in an attempt to chase down the number one ranked Australian.

World number one Ariya Jutanugarn of Thailand opened with a one under par 71.

Earlier American Michelle Wie was forced to pull out of the Open during her first round because of a hand injury.