Crusaders coach Scott Robertson says not picking Wyatt Crockett for this weekend's Super Rugby final in Christchurch was the toughest call of his coaching career. 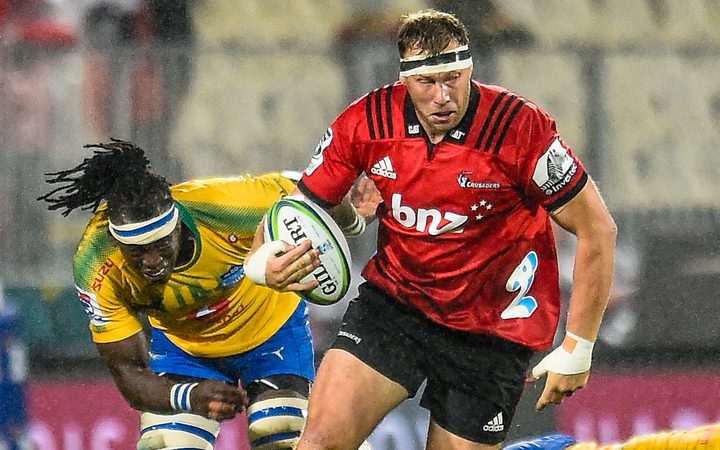 Wyatt Crockett on the charge against the Bulls. Photo: Photosport

Retiring after Saturday's title decider against South African side the Lions, veteran prop Crockett was again left out of the Crusaders 23-man squad.

Robertson instead made just two changes, the lone switch in the starting side after flanker Jordan Taufua broke his arm in the semi-final.

It was expected Samu would wear the No 6 jersey but Robertson plumped for the more industrious Heiden Bedwell-Curtis.

It will be the ninth bench appearance of the season for fleet-footed Samu, who was also employed in an impact role in all three Tests against Ireland when he made his Australian debut in June.

"Heiden has been extraordinary every time he has played for us and it is probably more that Pete is exceptional off the bench," Robertson said.

"He can change the pace of the game up, it is a real strength of his."

There is one bench change from the team which thrashed the Hurricanes 30-12 last week.

Reserve hooker Sebastian Siataga also broke his arm in what was his Super Rugby debut.

Andrew Makalio will take that spot if he shakes off a calf injury. Otherwise fifth-ranked Cruaders hooker Sam Anderson-Heather will be the backup to All Black Codie Taylor.

Robertson also revealed he struggled with another bench choice, where he stuck with Tim Perry as loosehead prop reserve rather than Wyatt Crockett.

It means Crockett will be in the stands for what would have been his 203rd and final game for the Crusaders.

Super Rugby's most capped player, Crockett is ending a 13-year association with the eight-time champions.

"It was the hardest decision I have had to make as a coach, I will be honest with you," Robertson said.

"Great man, great Crusader. Highest capped and given more to this team than anyone else. We want to send him out the way he should be sent out, and we promised we would."