Lions loose forward Kwagga Smith doesn't see Saturday's Super Rugby final as a chance for redemption but rather an opportunity after being sent off in last year's decider and seeing his side lose at home.

Smith will be one of the key players again for the South African side as they meet the Crusaders in Christchurch 12 months after losing at home in the final. 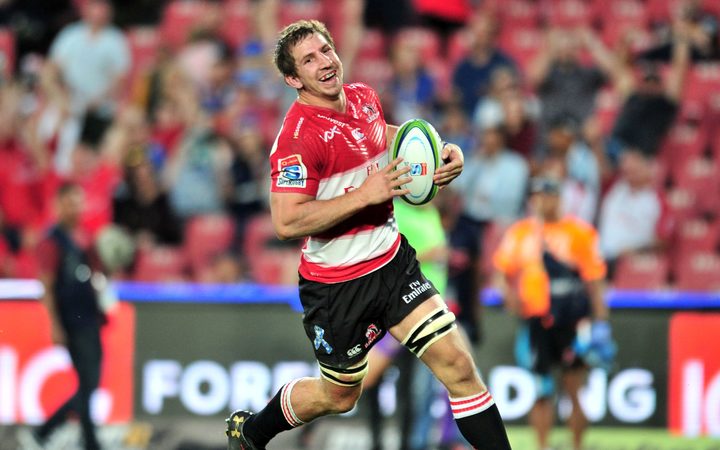 He was dismissed after just 38 minutes, with his team already trailing 12-3, as he caught Crusaders' David Havili in a challenge for a high ball at Ellis Park in Johannesburg.

It resulted in a nasty fall for the fullback and an early shower for Smith, leaving his team a man short for most of the game, which the New Zealanders won 25-17.

"It wasn't a cynical or intentional act from my side. I perhaps just didn't focus for one second, but those are the moments that can make a difference in a final," Smith recalled in the build-up to Saturday's decider at Rugby League Park.

"The week after was very difficult, and it was important to just get away to our farm and have some quiet time."

Smith, born Albertus but nicknamed after an extinct subspecies of zebra, bounced back to prove vital for the Lions this season as they reached the final yet again. A former South Africa sevens international, he made his Springbok debut in June and scored two tries last Saturday as the Lions beat the New South Wales Waratahs in the semi-final.

"Last year, I had an opportunity, and I slipped up, but there's another opportunity up for grabs and I want to use it to the best of my ability," said the 25-year-old.

"It is not about redemption for me, it's just a wonderful opportunity. It's a privilege to be in another final, and for some, it's a third final in a row.

"Winning a Springbok cap was a chance to achieve one of my dreams earlier this year but winning a Super Rugby final is also an ambition of mine and it will be even sweeter to do it in New Zealand."

Coach Swys de Bruin says Smith can be a match winner on Saturday when the Lions start as underdogs against the Crusaders.

"He is just relentless. We've got a saying in the team "beat your man", and he has really taken it to heart. He is such a good runner from his sevens background."