The Mainland Tactix have claimed the third and final spot in the ANZ Netball Premiership play-offs after the Northern Mytics were beaten by the Central Pulse in the last round robin match of the season. 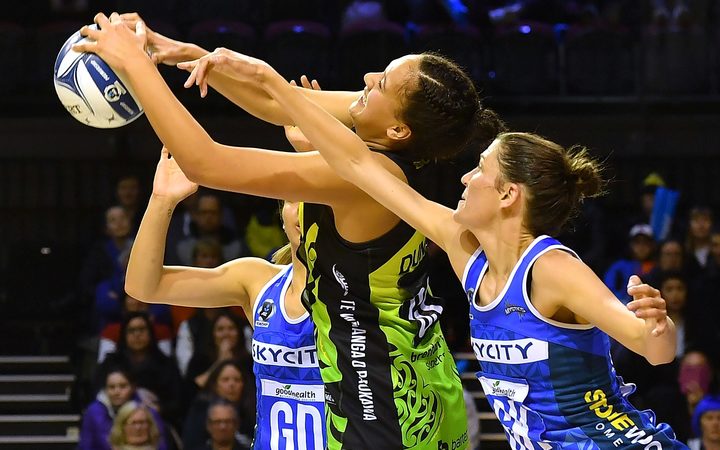 The Mystics had needed to win to go ahead of the Tactix on the standings.

The Pulse beat the Mystics 55-48 in Wellington, meaning the Tactix make the play-offs for the first time.

They will take on the Southern Steel next week, with the winner then meeting the Pulse in the final in Palmerston North.

The Mystics were desperate to extend the season of their retiring captain, Anna Harrison, but needed victory to see them into next week's elimination final.

It may have been Harrison's last game but she went out adding yet another defensive move to the play-book. The former Silver Ferns signature move has been the 'hoist' but she added to her repertoire by launching herself off the legs of her team-mate in an attempt to block the shot.

But it takes a lot to disrupt a Pulse shooting circle led by the calm head of Aliyah Dunn and Silver Fern Ameliaranne Ekenasio who teamed up well to frustrate the Mystics defence.

The Pulse opted for Ekenasio, over Tiana Metuarau, at goal attack to start the match while the rest of the line had a predictable look to it.

And both she and her Mystics counterpart Maria Folau put on an early masterclass in shooting with the two goal attacks showing no fear in turning to the post from any range.

There was little between the two teams in the opening passages of play but the Pulse converted any opportunities that came their way, sinking the last four goals of the quarter, to lead 18-13 at the first break.

Despite having already sewn up the Grand Final spot, the Pulse looked determined to finish the regular season as they started - with speed, strength on defence and accuracy in the shooting circle.

Pulse wing attack Whitney Souness has rediscovered her mojo at the business end of the season with a slick performance up front. Her weighted ball into her shooters and drive onto the circle was telling as the Mystics were unable to disrupt the attacking flow.

The two teams went goal-for-goal early in the second quarter and Pulse fans held their breath when wing defence Karin Burger went down clutching her ankle.

She hobbled off court to be replaced by Renee Savai'inaea - a move that looked to spark the Pulse into another gear as they scored seven goals to the Mystics two to grab a 31-24 halftime lead.

There were no personnel changes to either side heading into the third quarter although Mystics coach Helene Wilson gave Harrison the opportunity to roam at goal defence with Karaka moving back to goal keep.

Folau, who had also been switched to goal shooter, kept her side in the hunt through her volume and accuracy but the Mystics struggled to find an easy route for the ball into the shooting circle.

Pulse captain Katrina Grant was a big reason for the Mystics problems up front as she snaffled five intercepts and seven deflections.

The minor premiers led 44-36 with one quarter to play and both coaches made changes after the break with Harrison sliding across to the wing and Michaela Sokolich-Beatson picking up the goal defence bib.