Star utility back Dane Haylett-Petty is confident the Wallabies are closing the gap on the powerful All Blacks, but it remains to be seen whether that will translate into Bledisloe Cup success this year. 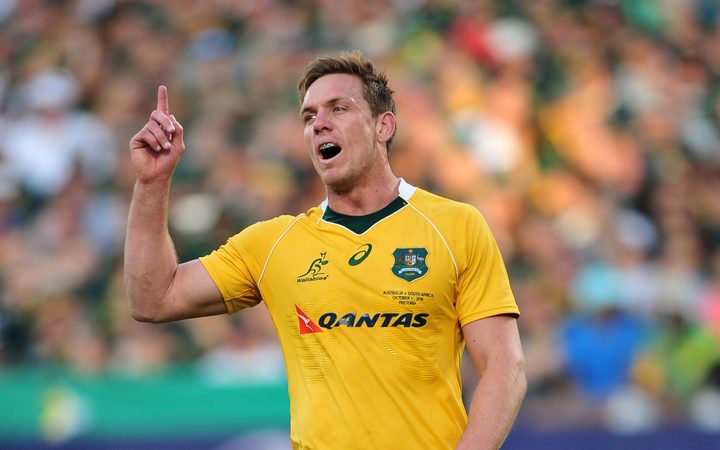 The Wallabies haven't won the Bledisloe Cup since 2002 and Haylett-Petty is desperate to end that 16-year drought.

This year's three-match series begins in Sydney on August 18, before games in NZ and Japan.

The Wallabies were blown away in last year's Bledisloe Cup opener in Sydney, trailing 54-6 at one point on the way to a 54-34 loss.

In a bid to avoid another tardy start, Wallabies coach Michael Cheika has organised a trial game for Friday night in Sydney.

The Wallabies will be up against a side featuring Wallabies squad members, Super Rugby players, and also Western Force players.

Haylett-Petty, who played for the Force before they were axed from Super Rugby at the end of last season, was thrilled to hear his former side would be represented in the trial.

And he said he's confident of what the Wallabies will produce against the All Blacks.

"We feel like we are getting closer each and every year, and the confidence is building," Haylett-Petty said.

"We feel ready for this year. There's a huge hunger.

"The Crusaders are pretty special at the moment. But the gap is definitely closing. We (Australian Super Rugby sides) won a few games against the Kiwis this year.

"And from inside the camp when you're training together and you see some of the quality within our group, there's a lot of belief there that we're heading in the right direction."

Haylett-Petty returned to his hometown of Perth on Monday to promote next year's Bledisloe Cup clash at the 60,000-seat Optus Stadium, to be played on August 10.

It will be the first clash between the Wallabies and All Blacks to be played in Western Australia.