The New Zealand Warriors have missed a chance to nail down an NRL finals spot as Gold Coast ran away 36-12 winners at home. 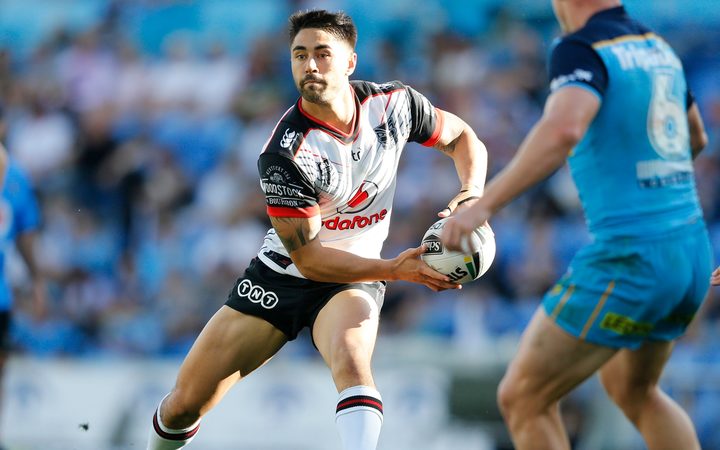 Tries to Shaun Johnson and Karl Lawton had given the eighth-ranked Warriors a narrow 12-8 lead at half-time, but the Titans piled on 28 unanswered second-half points to wrap a comprensive win on Sunday afternoon.

The Titans' five-try second half got one back against a Warriors side that had won their past seven games at Cbus Super Stadium.

It may have come too late to save their own season but the Titans' razzle-dazzle has at least given the Wests Tigers hope.

The result left the ninth-placed side just two wins adrift of the Warriors, who missed a golden chance to consolidate their first finals appearance since 2011 against a team they'd beaten in 14 of their past 15 contests.

Their dominance looked set to continue after a solid first half, only for the Titans to produce some of their finest football under first-year coach Garth Brennan after the break.

A Brenko Lee linebreak put Anthony Don over before the centre juggled a sharp intercept to jag one for himself.

When AJ Brimson backed up Mitch Rein's dart from dummy-half it was 26-12 and the Warriors looked out on their feet.

Winger Phillip Sami then capped a fine game with a wicked step on Roger Tuivasa- Sheck for the first of his two late tries.

The Warriors sorely missed senior pair Issac Luke and Tohu Harris, sidelined with calf and knee injuries respectively, although the duo are expected to return for the Warriors clash with St George Illawarra next weekend.