Jerome Valcke's 10-year ban from football was upheld by the Court of Arbitration for Sport. 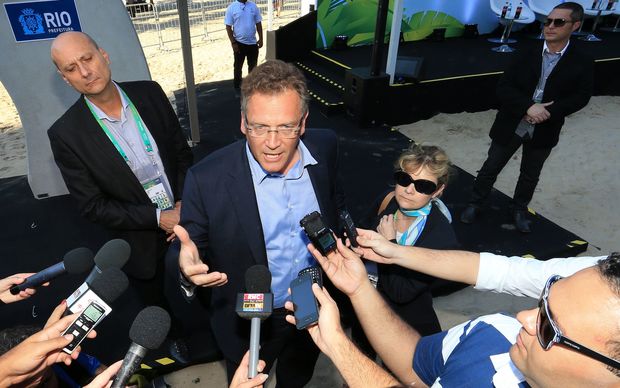 The secretary general at FIFA for eight years during Sepp Blatter's presidency was fired in 2016 and banned from all football-related activity for 10 years by the FIFA ethics committee.

His appeal was heard in October, and on Friday it was dismissed by CAS.

"The offences found to have been committed by Jerome Valcke were cumulatively of a serious degree of gravity," CAS said in its statement, adding the ban and fine of 100,000 Swiss francs ($A134,000) "were wholly proportionate".

The former TV presenter from France was a FIFA marketing executive - being fired once before in 2006 - before becoming then-president Blatter's right-hand man the next year.

He was fired a second time in January 2016 after being implicated in irregular World Cup ticket and broadcast rights sales, plus expense abuses including personal use of private jets.

The FIFA ethics committee banned Valcke for 12 years, with an additional charge of destroying evidence.

FIFA's appeal panel cut the ban by two years because it judged the broadcasting deal charge was not proven.