The Hurricanes are under no illusions as to the monumental task they face in the Super Rugby semi-final against the Crusaders tonight with captain Brad Shields declaring it as their final. 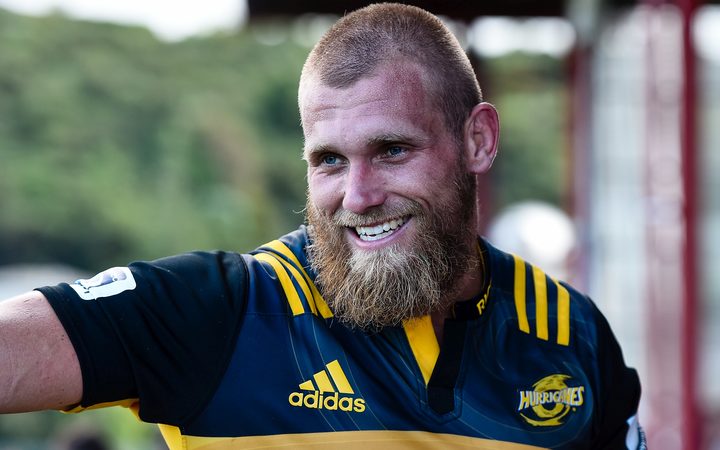 Shields was not trying to downplay the significance of the second semi-final between South Africa's Lions and the New South Wales Waratahs, the winner of which will host the Aug. 4 final if the Hurricanes defeat the Crusaders.

Instead what the flanker was trying to elucidate was that if they did not play at their best or at a level needed to win a final, they would be returning home from Christchurch on Sunday rather than planning on heading to Johannesburg or Sydney.

"The word I've heard is this is going to be our final this week, because we've got to play our best footy otherwise we're not coming back next week," Shields told reporters this week.

"Sometimes in playoffs footy you've only got a couple of opportunities and if you can nail them, maybe that's all it's going to take.

"At the end of the day, if you don't play well and don't do your own things well, you've got no chance."

The Hurricanes will need to do everything well to beat the Crusaders, who have named a pack made up of eight All Blacks.

Such is the depth in the eight-times champions that former All Blacks prop Wyatt Crockett, the only player to have made more than 200 Super Rugby appearances, did not make the match day 23. Neither did 66-test All Blacks fullback Israel Dagg.

The Crusaders' success has been built around their pack shutting down the opposition's attacking options and flyhalf Richie Mo'unga directing the team around the field.

They have been clinical in taking their opportunities to the extent that recent wins over the Otago Highlanders (45-22) and the Sharks (40-10), were not accurate reflections as to how well their opposition played.

As if the strength of the Crusaders was not enough, the statistics are also not in favour of the Hurricanes.

They have played the Crusaders four times in the playoffs - three of those at the semi-final stage - and lost every match. All of those games have been in Christchurch.

Departing Hurricanes coach Chris Boyd, however, said while the statistics and home advantage painted a less than rosy picture, all his side could concentrate on was beating a top-class team without any notable weaknesses.

"I don't think they've got that much vulnerability, really," Boyd, who is joining Northampton at the end of the season, told reporters earlier this week.