The Breakers will take four of their home Australian National Basketball League games away from Auckland next season. 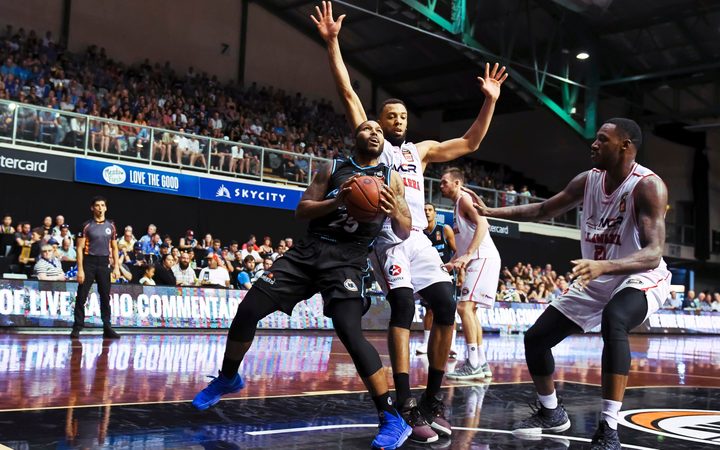 The remaining four games will be taken to the regions, with venues to be confirmed in the coming weeks. Regular season home games are unable to be held at the North Shore Events Centre while the facilities are being upgraded to meet NBL regulations.

The Breakers played their first ever game on the North Shore in 2003.

"The atmosphere at Spark Arena is fantastic, and will be even more so this season as we add a new level of excitement to game day. With brand new court side seating bringing fans even closer to the action and world class pre-game, halftime and in-game entertainment, we are bringing the NBA atmosphere to Auckland", sais Breakers CEO Matt Walsh.

The season will start a week later on October 11th to accommodate seven games featuring five NBL teams in the NBA Preseason, including the Breakers against the Phoenix Suns on October 3rd.

NBL Chief Executive Jeremy Loeliger said the league hoped to break the all-time attendance record for an opening round of 48,007 set back in 1995.

"This is a very exciting time for the NBL and Australasian basketball. The game is enjoying enormous momentum and we think the NBL is the second best league in the world after the NBA.

"We are committed to offering a world entertainment product fans can enjoy whether they are watching in stadium or on broadcast," Loeliger says.

There will be two breaks between November 26- December 4 and February 18-26 while the New Zealand Tall Blacks take part in the FIBA World Cup qualifying games.