The world champion New Zealand men's rugby sevens team have arrived back in the country. 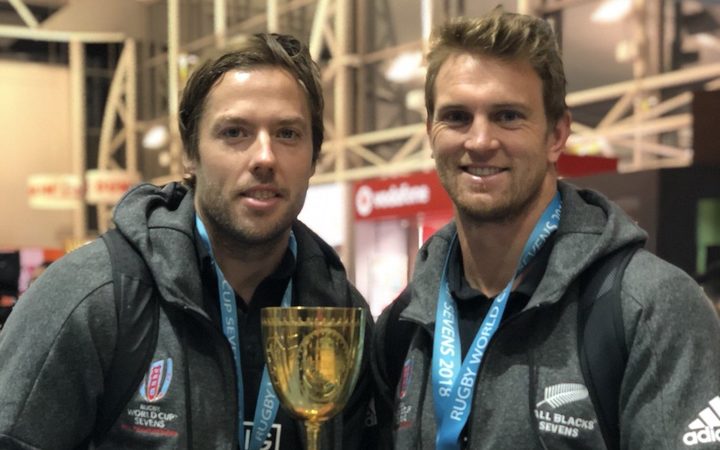 Fresh off their 33-12 win over England in Monday's final in San Francisco, the team touched down in Auckland just before 6am.

Draped in their World Cup winners medals, the New Zealand men's sevens team were greeted by a smattering of family and friends at Auckland Airport.

Some were a little weary after an at-times bumpy 12 and a half hour flight from San Francisco, but all were delighted to be home having matched their female counterparts in wrapping up back-to-back titles.

We’re proud to bring the Cup home, and thank you all for your support throughout the #RWC7s pic.twitter.com/s6rHA2GBGl

Captain Scott Curry and coach Clark Laidlaw agreed their achievement was beginning to sink in, now they were back on New Zealand soil.

The team were dispersing for some well-deserved time off, although they will get back together next week to officially celebrate a year in which they also won gold at the Commonwealth Games.