Sri Lanka beat South Africa by 199 runs with more than a day to spare in the second and final cricket test to complete a 2-0 series sweep in Colombo. 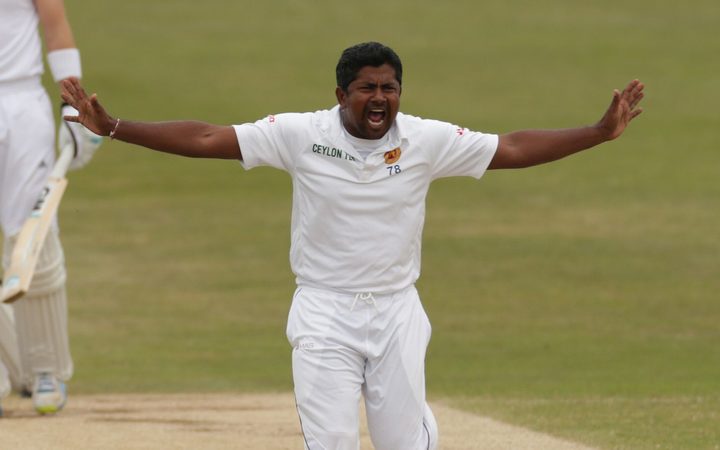 Chasing an improbable 490-run victory target, South Africa showed some fight in the morning session before losing their final five wickets and being all out for 290.

Theunis de Bruyn topscored for South Africa with a gutsy 101 in yet another batting capitulation by the leaden-footed tourists who lost all 10 wickets to the Sri Lankan spinners for the second time in the match.

Rangana Herath was pick of the Sri Lankan bowlers, claiming 6 for 98 in yet another spin-dominated performance by the hosts.

Such was their dominance that home captain Suranga Lakmal, lone paceman in their attack, did not bowl in the first innings and sent down only two overs in the second before withdrawing himself and watching his spinners run riot against the leaden-footed South Africans.

Resuming on 139-5 with a comprehensive defeat looming over them, South Africa appeared to have suddenly discovered a stomach for fight which was conspicuously absent in the series.

De Bruyn and Temba Bavuma proved during their 123-run stand that Sri Lanka's rampaging spinners could be tackled with decisive footwork and proper application.

De Bruyn registered the first fifty by a South African in the series, which he eventually converted into his maiden test hundred, and soon there was another as Bavuma followed suit.

Thanks to their dogged defiance, South Africa had their first century stand in the series and they also breached the elusive 200 run-mark.

Both the batsmen generously employed the sweep shot to negate the turning ball but just when it looked like Sri Lanka would endure a rare wicketless session, Herath struck in successive overs to expose the South African tail.

The 40-year-old left-arm spinner drew Bavuma on the front-foot to edge a sharply turning delivery to Niroshan Dickwella behind the stumps. Bavuma hit four boundaries in his gutsy 63.

In his next over, Herath trapped Quinton de Kock leg before and struck the biggest blow when he uprooted De Bruyn's off-stump after the batsman shoulder-armed to an arm ball. De Bruyn's patient knock included 12 boundaries.

Dale Steyn was the last batsman to fall, holing out to Danushka Gunathilaka.