The New Zealand men's sevens team have followed in the footsteps of their female counterparts, successfully defending their World Cup crown in San Francisco this afternoon. 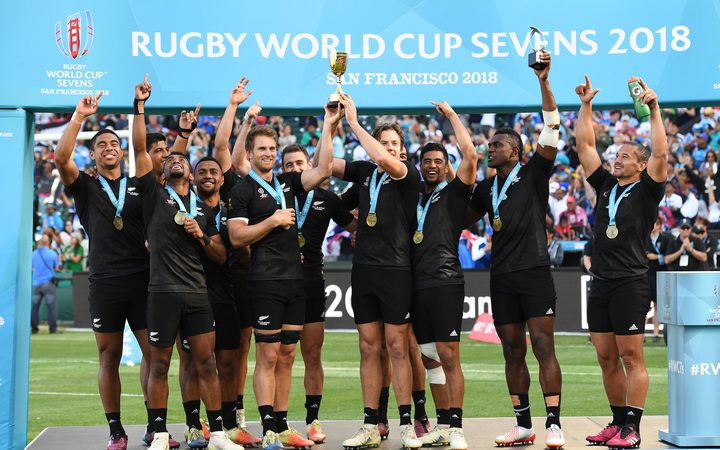 The Kiwi side have beaten England in the final at AT&T Park on Monday (NZ time), prevailing 33-12 in a re-match of the final at the previous World Cup in 2013.

New Zealand led 14-7 at halftime, before holding their nerve in a tense second spell to win the tournament for the third time.

The victory means New Zealand have won all four titles up for grabs at the past two Sevens World Cups.

On Sunday, the New Zealand women's team became the first to win back-to-back World Cup sevens titles with a commanding 29-0 victory over France in the final.

Earlier on Monday, New Zealand beat Fiji 22-17 in the semifinals.

New Zealand opened the scoring with a charging run from Joe Ravouvou but Fiji hit straight back with a converted try to take the lead just three minutes later.

Dylan Collier then dotted down in the right hand side corner to give New Zealand the lead once again at 10-7.

However, right on half-time Fiji scored a to give the Olympic Champions the lead going into the break.

Regan Ware got New Zealand back in front in the second half when he crossed the try line then the match was put beyond doubt with Ravouvou's second try to give the All Blacks Sevens a 10-point lead with two minutes remaining.