Francesco Molinari has held off a cast of golfing giants including Tiger Woods, Rory McIlroy and defending champion Jordan Spieth to become the first Italian winner of the British Open in 158 years. 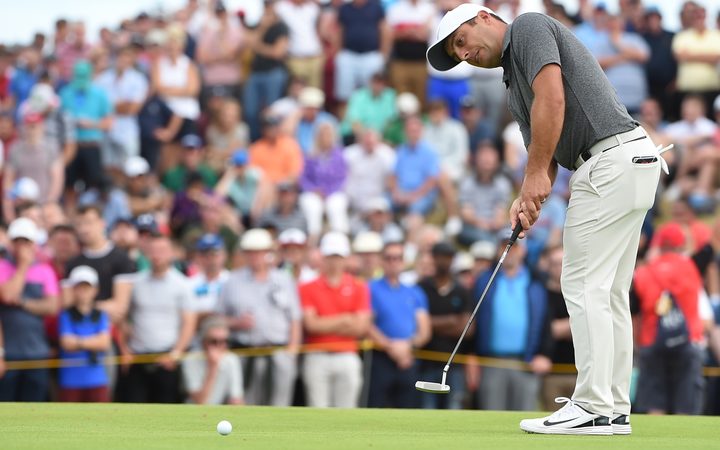 Playing alongside the resurgent Woods in the final round, Molinari carded a nerveless two-under-par 69 to win the Claret Jug by two shots from McIlroy (70), English hope Justin Rose (69) and Americans Xander Schauffele (74) and Kevin Kisner (74).

With a brilliant birdie at the last, 35-year-old Molinari's eight-under 72-hole total of 276 eclipsed Padraig Harrington's Carnoustie tournament record score from 2007 by a stroke and kept some of the sport's biggest names at bay.

Bidding for his first major in 10 years, Woods hit the outright lead midway through a fascinating final round before a double-bogey on the 11th and bogey on the 12th cruelled his hopes.

The 14-times major winner eventually signed for a 71 and a share of sixth at five under with Englishman Eddie Pepperell - who claimed the clubhouse lead early in the day with a last-round low 67 - and fellow American Kevin Chappell (73).

Spieth, who started the day in a three-way share of the lead with Kisner and Shauffele, crashed with a 76 to wind up equal ninth a further stroke back with US countrymen Tony Finau (71) and last year's runner-up Matt Kuchar (72).