Ford's Scott McLaughlin has extended his Supercars series lead after claiming first blood at the Ipswich SuperSprint at Queensland Raceway on Saturday. 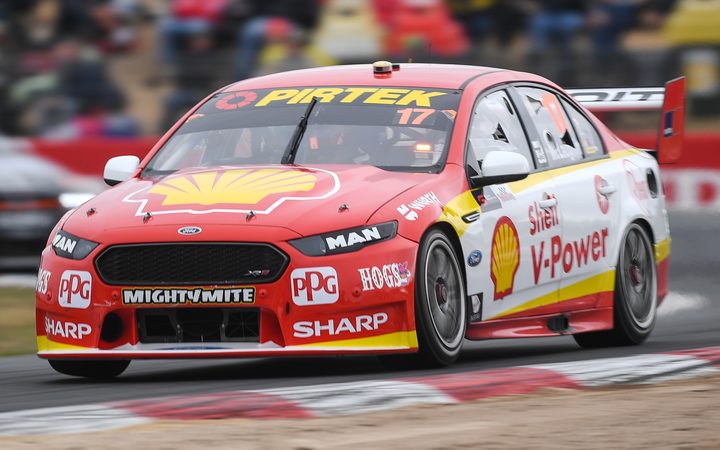 It was McLaughlin's seventh win of the year and the 23rd of his career.

The New Zealander extended his series lead from 131 to 143 points over van Gisbergen ahead of Sunday's 65-lap Ipswich finale.

Crowd favourite Craig Lowndes was third after starting the grid at 10th.

Remarkably it was Lowndes' 23rd podium finish in 45 races at Ipswich.

Holden veteran Lowndes is enjoying his Supercars swan song after announcing a fortnight ago that he would retire from full-time racing at season's end.

Van Gisbergen kept McLaughlin honest when he jumped from eighth to third in the first lap of Saturday's 120km opener.

He was second by the 14th lap but could not reel in his fellow Kiwi.

Holden's seven-time series champion Jamie Whincup was just pipped of a podium finish by Lowndes but his fourth placing moves him ahead of David Reynolds into third on the drivers' standings.