It will border on a travesty if the Warriors don't challenge for an NRL premiership in Simon Mannering's final season of rugby league.

That's the belief of the the New Zealand-based club's coach Stephen Kearney. 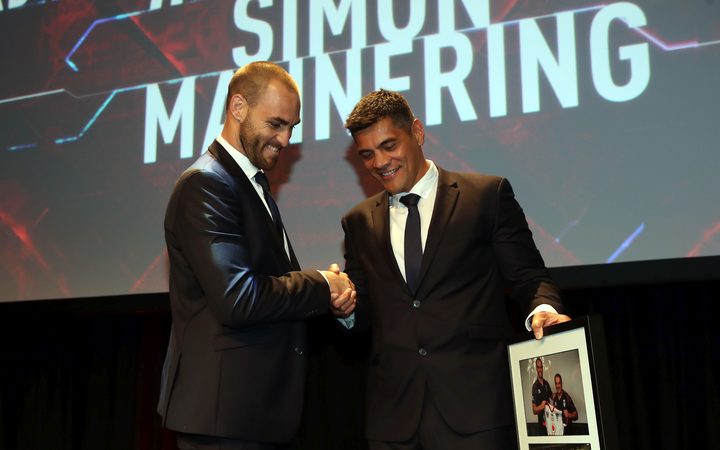 Club great Mannering confirmed he will walk away at the completion of the 2017/18 campaign, ending a 14-season tenure so often spent providing the ballast to a wobbly Warriors ship.

With the finals knocking for the first time in seven seasons - a period representing half of Mannering's career - Kearney says the veteran second-rower deserves the best possible exit.

"Obviously there's a sadness there knowing that there's a guy who, particularly over the last period of this footy club, has held it up really," Kearney said.

"But I know for himself, he's got to enjoy the next part of his career, his life.

"He's made plenty of tackles for a lot of minutes over a long, long time and I'm sure the body's going to enjoy it once he's finished."

Kearney described Mannering as the most selfless player he has known.

Another tribute came from former Kiwis coach Graham Lowe, who noted another second-row great, Mark Graham, had been named New Zealand rugby league player of the century up until 2000.

Lowe believed Mannering already had the inside running for the next 100 years.

The five-time club player of the year is in informal talks to take up a role at the Warriors next year.

He considers himself fortunate to have that opportunity, pondering how many players must leave the NRL without any obvious career path mapped out.

"It's the way I've lived for the last 14-15 seasons. It'll be completely different moving forward so it's quite scary," the 31-year-old said.

"I'm lucky to be able to call time on my terms, whereas a lot of guys don't get that chance.

"I can see how so many guys struggle with that transition from playing to a real job."