Opinion - Was that the FIFA World Cup Final we'd all been hoping for? I guess it depends who you ask, but for most it's hard to complain about a game that had three stunning goals, one goalkeeping clanger, a pitch invasion by Pussy Riot and a whole lot of world leaders getting soaked at the end. 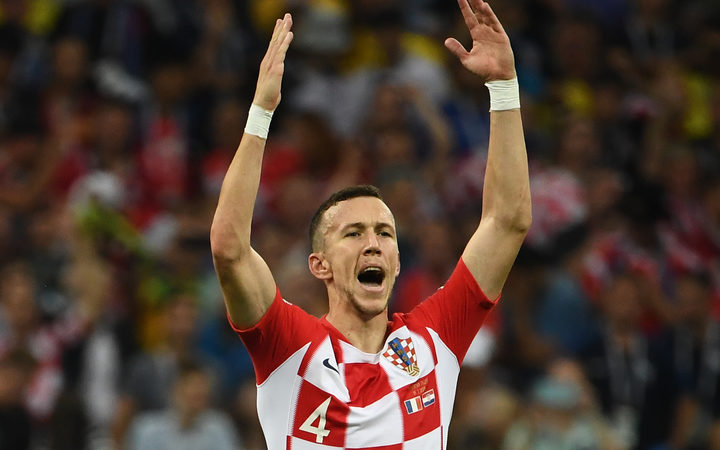 But the main talking point as soon as the final whistle went was about the role the VAR (video assistant referee) played in the result. A first half handball by Ivan Perišić was reviewed and turned into a penalty, which was then turned into a goal by Antoine Griezmann.

Imo it’s a penalty... there is a sudden movement of his arm towards the ball; his palm opens, it is deliberate handball, he knows exactly what he is doing ‍♀️ pic.twitter.com/OFk6ztF7AR

Absolutely awful decision that and in a World Cup final, not a chance that was deliberate handball

People on my timeline -- and yours, I expect -- split on whether that should have been a penalty. For what it's worth, I'd say no; it clearly wasn't deliberate and Perisic hand wasn't in an unnatural position. Handball guidelines are so ridiculously vague, though. #FRA 2-1 up

If you're a football fan wondering just how your game got to be like this, your rugby and league counterparts have a simple message for you: get used to it.

It's been almost 17 years since the Television Match Official (TMO) was introduced in rugby, and 22 since league adopted what's now become The Bunker. You'd think after all this time they would've figured out the best way to do things and minimise mistakes, but you'd be wrong.

The irony of all of this World Cup debate is that it came on the same day that Sanzaar admitted that TMO's 'aren't working'.

"A major concern for us at present is the practical implementation of the TMO," Sanzaar boss Andy Marinos said.

"We need better consistency in the application of the protocols and most would agree that perhaps this is not the case."

That's a pretty polite way of interpreting how Super Rugby fans have felt after the weekend's round of games, with the Reds' victory over the Sunwolves in Brisbane overshadowed by a ridiculous red card given to flanker Ed Quirk from the Japanese side.

On the advice of the TMO, Quirk was sent from the field for making contact with the face of Hamish Stewart - despite barely even touching him. To make matters more confusing, Reds number eight Caleb Timu was only shown a yellow card later in the game after he dropped his shoulder into the face of a prone Sunwolves player on the ground.

Between the ref and the TMO, it should've been pretty easy to make at least some sort of effort at consistency.

It's bad enough the TMO interjected with Ed Quirk's "strike" on Hamish Stewart.

It's ridiculuos that they reached the conclusion of a red card with no thought for the lack of impact.

But it is absolutely farcical that a judicial committee then handed down a 2 week ban on top.

The next day, at the same venue of Suncorp Stadium, the Warriors found themselves on the right end of a couple of very harsh Bunker calls.

Broncos players Corey Oates and Darius Boyd had a seemingly legitimate tries scrubbed out after further review, leading to howls of protest from all corners.

It's not like Perišić's handball was the first controversial decision of the World Cup, either.

Just one was a very similar incident back in the early rounds, after Argentinian defender Marcus Rojo headed the ball into his own arm in their penalty area against Nigeria.

The ref ruled it accidental and play on after going to the VAR, but a few weeks and much more important games later, and it's suddenly it's a penalty against Croatia.

Under the old way, a play-on call in either case would've been egregious but acceptable given how fast it happened, but to let it go after you've had that many looks at it is pretty odd.

After the weekend, it seems like VAR's or TMO's are more trouble than they're worth. But it is worth remembering that with every added camera angle for our viewing benefit, all of a sudden we're all potentially in a better position than the on-field refs to make the right call.

But if people are going to be paid to do that job for us, they ought to start getting it right all the time. Because that's the whole point ... right?