Former Hurricanes utility back James Marshall is returning to the club for the 2019 Super Rugby season. 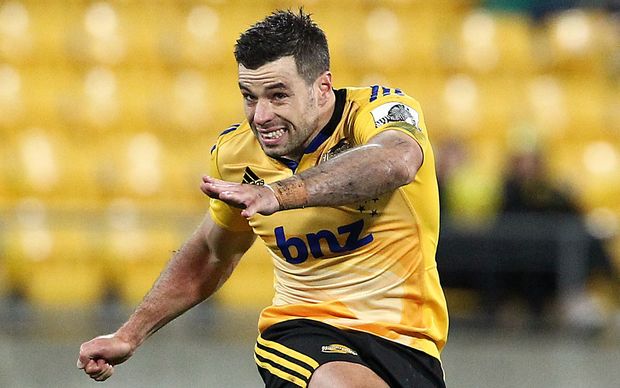 Marshall played the last of his 44 matches for the Hurricanes when the club won its first Super Rugby title in 2016 before he headed to the United Kingdom to link up with London Irish.

The 29-year-old joins loose forward Reed Prinsep and prop Alex Fidow in signing on for the 2019 season.

"I'm very excited to be heading back to the Hurricanes, a team that I've always loved and supported since I was a kid," Marshall said.

"I feel that it's the best environment for me to play to my potential being surrounded by the quality players and management that they have."

John Plumtree, who will take over as Hurricanes head coach in 2019, was delighted to have someone with Marshall's experience return to the squad.

"James has a real ability to play a number of positions to a really high ability while he's a great thinker and a really good communicator on the field," Plumtree said.

"The coaching group think he will be a really good asset next season. He will have no trouble fitting back into the squad."

Prinsep, who has signed on with the Hurricanes until the end of the 2020 season, had no hesitation in recommitting to the club.

"I feel my personal game continues to grow in this environment and I really want to be a big part of the Hurricanes going forward," he said.

Fidow's 2018 season might have been heavily impacted by injury but the 20-year-old was even more determined to return next season.

Plumtree said Prinsep and Fidow would also play important roles in the squad next season.

"We have already seen what Reed is capable of and how well he has gone this season and we are sure Alex will get a better crack at it next season after what has been a frustrating time for him because of injuries."