The Sharks will now meet the defending champion Crusaders in Christchurch in next weekend's quarter-finals. 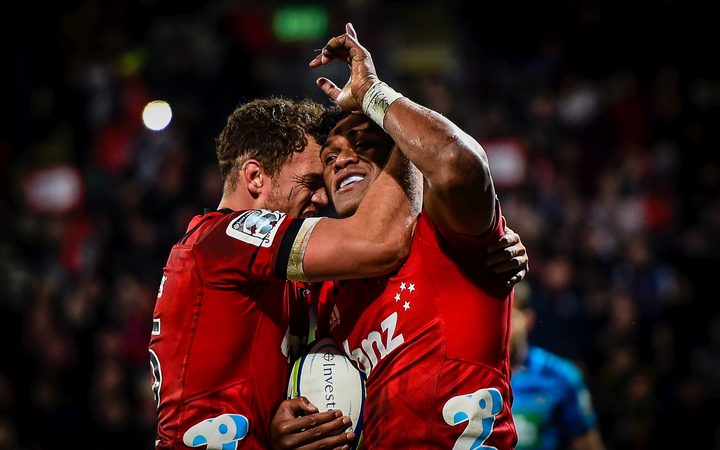 Argentina's Jaguares were already assured of seventh-place in the overall table and fielded a side that contained 10 changes as they prepared for a first ever playoff fixture against the Lions in Johannesburg.

The Sharks finished level on 36 points with the Rebels, both sides having won seven matches in the season, but edged their Australian rivals on points difference.

The Lions had earlier clinched top spot in the South African Conference, and second on the overall Super Rugby table, after a rampant 38-12 bonus-point victory over the Bulls at Ellis Park.

The Johannesburg-based side, losing finalists in the previous two seasons, ensured they would be the second seeds in the quarter-finals as they overturned an early deficit to claim a handsome win.

The other knockout fixtures will see the Hurricanes host the Chiefs in an all-New Zealand clash and the New South Wales Waratahs host the Highlanders in Sydney.

The Hurricanes and Chiefs will play in Wellington on Friday night and the Crusaders and Sharks on Saturday night.

The Highlanders secured a 43-37 win over the Rebels in another helter-skelter ride of a match in Dunedin.

The 2015 champions, assured of a place in the quarter-finals, rested several regular starters but scored six tries to come from behind and snap a two-match losing streak.

The losing bonus point for the Rebels ended the slender playoff hopes of the ACT Brumbies, who finished their season with a 40-31 victory over the Australian Conference winners Waratahs in Sydney.

The Brumbies scored six tries to four for their hosts as they finish two points adrift of the Rebels in third place in their conference.

The Blues were unable to provide a winning send-off for loose-forward Jerome Kaino as he departs for French Top 14 side Toulouse after 14 years with the team as they slipped to a 54-17 loss to the table-topping Crusaders.

Winger George Bridge scored a hat-trick of tries as the defending champion Crusaders proved too slick for their ragged opponents, running in eight scores in all.

The Blues finish the season with four wins, only Japanese side the Sunwolves having claimed fewer victories.