Ireland's Dan Martin claimed victory on the sixth stage of the Tour de France with a brutal attack in an uphill finish as several top riders lost time. 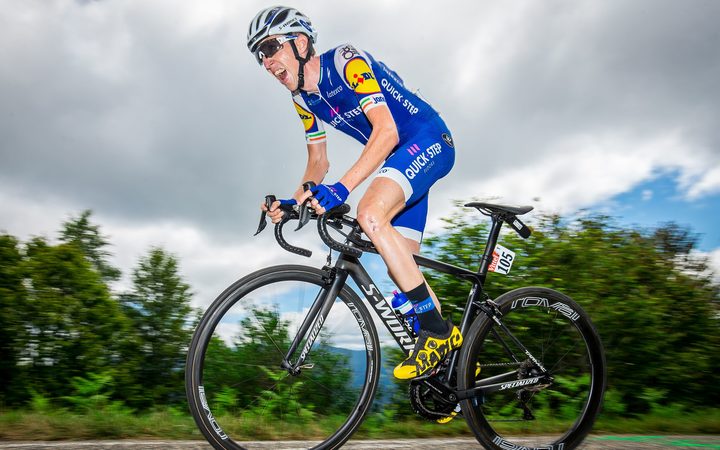 The Team UAE Emirates rider jumped away from the main pack inside the final kilometre and never looked back, beating France's Pierre Latour by one second and Spain's Alejandro Valverde by three.

Belgian Greg van Avermaet hung on for dear life on the 2-km climb at an average gradient of 6.9 percent to retain the overall leader's yellow jersey.

While Australian Richie Porte, Italian Vincenzo Nibali and Britain's Geraint Thomas all crossed the line three seconds off the pace after the 181-km ride from Brest, defending champion Chris Froome was five seconds further back.

Last year's runner-up Rigoberto Uran was 11 seconds behind Martin but it was worse for Frenchman Romain Bardet, who ended 31 seconds off the pace after having to swap bikes with a team mate following a mechanical problem just before the last climb.

"A spoke broke and I had to swap bikes with Tony (Gallopin). Then I had to chase and that effort was fatal," AG2R-La Mondiale rider Bardet told reporters.

"Its never good to lose time. There are a lot of twists on the Tour and this time luck was not on our side."

Bardet now trails Froome by 43 seconds while Team Sky will also be able to play the Geraint Thomas card as the Welshman, who won the Criterium du Dauphine last month, sits in third place overall 59 seconds ahead of the four-times Tour champion.

Dutchman Tom Dumoulin, the 2017 Giro d' Italia champion, suffered a puncture with five kilometres to go and ended the day 53 seconds behind the winner.

Martin came home second the last time a Tour stage ended in Mur de Bretagne and he admitted he had been obsessed about winning here this time on a punchy climb that suited his abilities.

"I thought about it (his second place in 2015) all day. It was good to finish second back then but this time I was coming for victory," said Martin.

"It was difficult because there was a headwind, so going solo was risky.Gǥ

The first 179 km of the stage were dull with none of the favourites daring to make a move, even when the peloton went up the final hill a first time with 16 km to go.

Thousands of French fans had been waiting for France's Julian Alaphilippe to win and snatch the yellow jersey but the Fleche Wallonne champion failed to deliver, coming home a disappointing fourth.

"I had good sensations but nothing outstanding, I was at my maximum. My team did a brilliant job all day and I wanted to finish it off," he said.

His Quick-Step Floors team blew up the peloton with 104 km left with a sudden acceleration as crosswinds blew, but after being briefly trapped behind, twice runner-up Nairo Quintana and 2014 champion Vincenzo Nibali made it back to the bunch.