The Kiwis will be part of a new Oceania Cup and an altered Four Nations under an NRL proposal to overhaul the international rugby league calendar over the next four years. 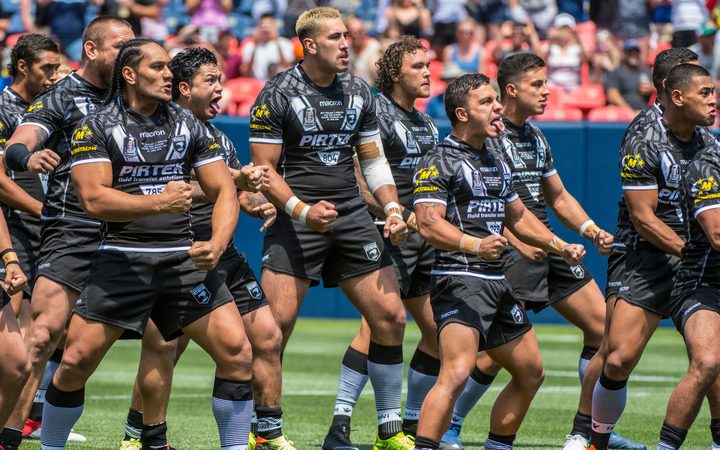 The Kiwis perform their pre-match haka against England Photo: Photosport

Designed to grow the global game off the back of last year's World Cup success, the plan was unveiled on Thursday and will be be presented to the Rugby League International Federation in Singapore later this month.

It also included more tests for the increasingly thriving Pacific teams and the prosepct of an international nines tournament at the end of the 2019 season.

Crucially, the proposed annual Test in Denver between England and New Zealand is not included, with the Kiwis playing Pacific nations during the representative round for the next two seasons.

"Until now there has not been enough structure around the international game and the game has missed some real opportunities to showcase rugby league outside of Australia," Australian Rugby League Commission (ARLC) chairman Peter Beattie said.

"We are presenting a four-year calendar which can be repeated and replicated in future cycles to give the international game more certainty and exposure.

"Those tournaments and events will be book-ended by a World Cup every four years."

Included in the proposal are a new Oceania Cup to be played during next year's representative round and at the end of the season between New Zealand, Tonga, Samoa and Fiji.

Those matches will be played in both western Sydney and New Zealand.

Two separate Four Nations tournaments will also be played in 2020, with Australia, New Zealand, Tonga and Samoa to play an Oceania Polynesian competition and England, France, Fiji and Papua New Guinea to feature in a European-based version.

"A key to this proposal is we are giving emerging nations a chance to become genuine competitors with tier-one nations," Beattie said.

"But we will do it by confining tournaments to fixed windows to ensure the wellbeing of our players."

Australia will continue to play New Zealand annually while work has began to kick off a new international Nines tournament at the end of next year.

Meanwhile, the ARLC said negotiations were ongoing for an end-of-year Test between Australia and Tonga in 2018, as well as the planned round zero to kick off next year's NRL season in the United States.