Gerard Beale starts on the left wing while Joe Vuna and Anthony Gelling have been brought onto the bench in three changes for the Warriors' clash against the Brisbane Broncos on Sunday. 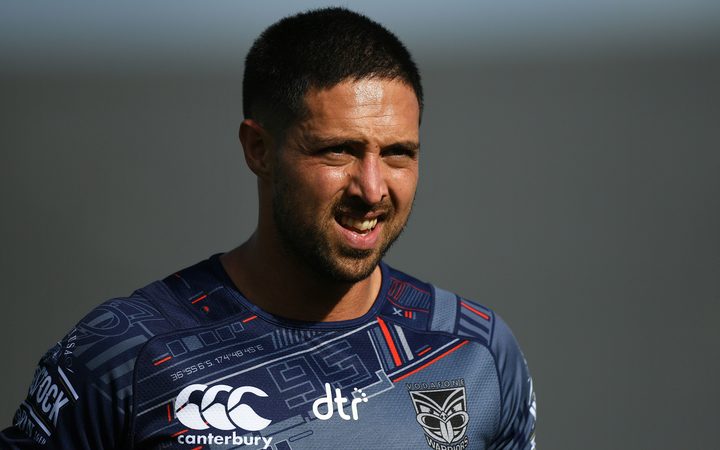 Beale, used on the bench in last Friday night's loss to Penrith, replaces regular left wing Ken Maumalo, ruled out with a knee injury he picked up against the Panthers which is still being assessed.

It will be Beale's third start on the wing in the last month while 20-year-old Vuna, who made his NRL debut against Melbourne on Anzac Day, is named among the four bench players in line to be used on Sunday.

Issac Luke, Hiku and James Gavet edge closer to personal milestones. Luke will move within three games of his 250th career appearance, Hiku within three of his 100th and Gavet will be just one short of his 50th. Simon Mannering remains on track to bring up his landmark 300th appearance in the final match of the regular season.

The Broncos and the Warriors have identical 10-6 win-loss records after 17 rounds. They're among four teams on 22 points with seventh-placed Brisbane (-6) just ahead of the Vodafone Warriors (-10) on points for and against differential.

The Sydney Roosters and Cronulla are also on 22 points with Melbourne (third) and Penrith (fourth) just two points ahead and South Sydney (first) and St George Illawarra (second) two points further away on 26. Canberra (ninth) and Wests Tigers (10th) are six points back on 16.

In 40 matches between the two clubs, the Warriors have had 17 wins and the Broncos 23 but in matches in Brisbane the home side has a 14-5 advantage. The last 10 encounters have been split 5-5 with the Vodafone Warriors' last win in Brisbane being their 56-18 success in 2013.