The Pulse have strengthened their spot at the top of the national netball premiership with an emphatic 66-50 win over the Northern Stars in Porirua.

It was their eighth win from nine matches, and their first game this season against the struggling Stars, who sit bottom of the table with just one victory. 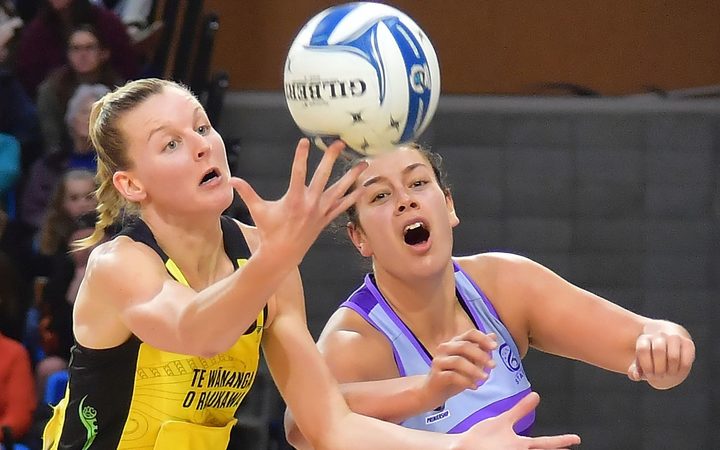 The Pulse led 20-12 at the end of the first quarter and 37-23 at half-time before the Stars battled back to take the third stanza 17-12 - only the fourth time the Pulse have lost a quarter this season.

Normal service resumed in the final 15 minutes, the Pulse taking the spell 17-10.

The win was built around a sterling defensive effort from Sulu Fitzpatrick and Katrina Grant, who were quick on their feet and smart with their hands in disrupting the Stars shooting circle.

The pair were deadly on the shot, Dunn converting 40 from 43 while Metuarau nailed 26 from her 30 attempts.

While the Stars struggled to generate turnover ball and were hesitant through the midcourt, once the ball made it into the circle former Pulse shooter Maia Wilson was deadly, missing just one of her 42 attempts.