Takulua contributed 13 points with the boot on Saturday, while his tactical kicking kept Samoa pinned in their own territory for much of the game and set up a second-half try to replacement winger Penikolo Latu. 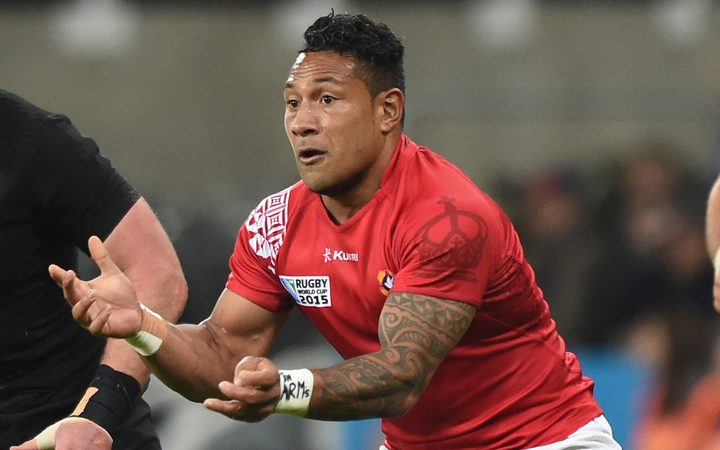 Viliame Lolohea and former NRL player Cooper Vuna also scored first half tries for the Tongans, who were beaten 16-15 by Georgia last week.

Samoa, who lost 24-22 to Fiji in the opening round of fixtures, again made numerous basic handling errors and had few opportunities to score against a strong Tongan defence.

The Samoans were presented with an opportunity to claw back their 28-6 deficit when Tonga were hit with a succession of penalties and three yellow cards in the last 15 minutes.

Tonga's replacement hooker Seta Sakalia was the first to be marched for a professional foul in the 68th minute, and the Samoans capitalised with a long-range Ed Fidow try.

Paula Ngauamo, who had to come back on for Sakalia, was then sinbinned in the final minute for a no-arms tackle before Sitiveni Mafi got a yellow for a professional foul long after the fulltime hooter that allowed Samoa's Melani Matavao to cross.

Later, rugby league convert Semi Radradra helped Fiji to their fourth successive Pacific Nations Cup title with a 37-15 triumph over Georgia, who led 15-0 at halftime but went scoreless in the second half.

Radradra, who played rugby league for both Australia and Fiji, set up a try for Henry Seniloli in the first half then grabbed his first test try in the 83rd minute.

Radradra ended his highly promising debut by smashing through two defenders on the tryline long after the final hooter had sounded.