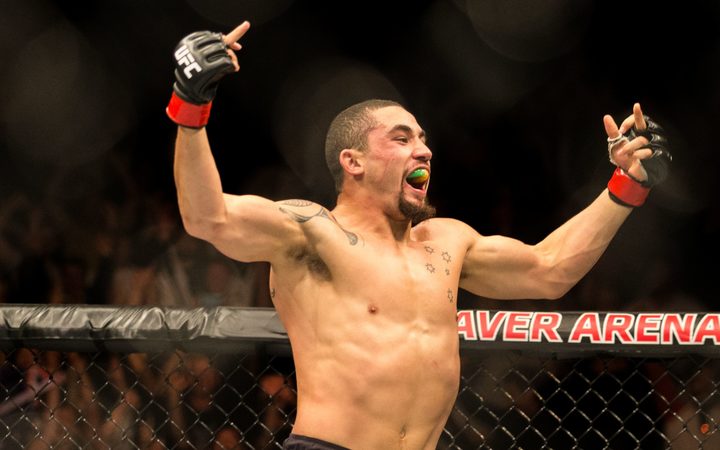 Auckland-born Robert Whittaker was set to make the first official middleweight title defence tomorrow in a rematch against top contender Yoel Romero at UFC 225 in Chicago, whom he previously defeated via unanimous decision winning the interim belt. Romero today failed to make the required 185 pound weight limit now the five round fight proceeds with Whittaker remaining the title holder.

Romero was looking to make Cuban history in becoming its first ever UFC champion, and blames the commission for not giving him the required two hours to make weight after initially falling short at 186 pounds, managing to only drop to 185.2 pounds.

With his opponent at 41 years old Whittaker believes it doesn't matter and his forever-evolving arsenal including his youth is key to victory, whether it's for the belt or not.

"That was one of this big things going into this fight was wondering how much he can change at his age." says Whittaker.

"I am constantly changing, the skill is constantly getting higher for me and I manage to get better with every fight - that's what I'm focussing on."

"After our first fight he knows I'm not too shabby."

Whittaker's last win was followed with a string of injury and illness leaving him sidelined forcing him to withdraw from an initial title defense against second ranked middleweight Luke Rockhold in February.

With Romero named to replace him, Whittaker was forced to watch the Olympic wrestling silver medallist go on to brutally knock out Rockhold to reclaim a title contention spot.

The champion felt after Romero's success he was deserving at a shot but with time against him believes the result of tomorrow's fight, win or lose, won't affect his career.

"This fight gets won by me going in doing my thing, concerntrating on me." says Whittaker

"The title doesn't mean too much, it's not going make or break my career - it's just a result."

"My achievements are in the process, in the work and getting to where I am and becoming a better fighter."

Whittaker may not be fighting to keep the gold, but he will be looking to preserve an unblemished 7 and 0 middleweight division record drawing strength from both his Australian and New Zealand heritage to do it.

"to get the support from both countries is what I've always wanted, I am very honoured even though the support gets a bit heated sometimes."