There are two changes to the Black Ferns Sevens squad for this weekend's final World Series round in Paris. 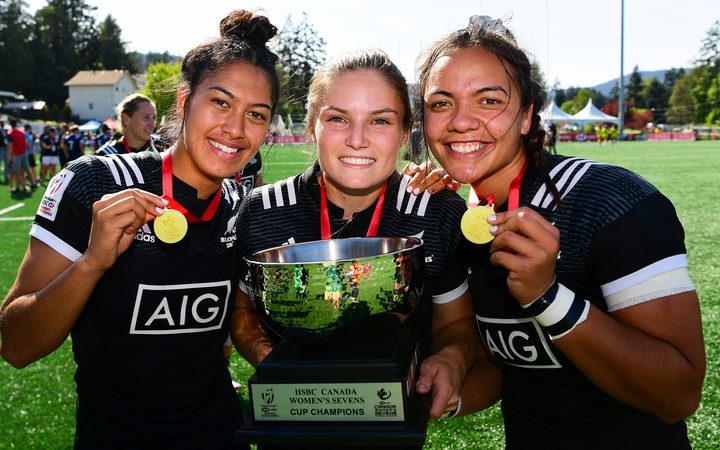 Trailing Australia by four points in the standings, the New Zealanders need to finish two places ahead of their trans-Tasman rivals if they are to claim their fifth World Series title.

There are two changes to the team that won in Canada last month, with the return of Gayle Broughton, and Shiray Kaka (nee Tane) who last played for the Black Ferns Sevens team in 2016.

"There is a bit on the line but we have to take it game by game; we have to get out of our pool first," said Coach Allan Bunting.

"We've got a tough one. England first up, Wales, who we don't know much about and then Ireland who have done well in the last few tournaments."

"We need to develop the talent we have on the wing. We have Michaela who is relentless and reliable. But we need depth there so this is an opportunity for Shiray to come back and show what she can do."

Kaka said the game has progressed a lot in two years and that she was looking forward to running out with the team again tomorrow. Earlier this year, Kaka married former All Blacks Sevens player Gillies Kaka.

"I'm looking forward to wearing my husband's last name on my jersey, I get to wear Kaka for the first time, hopefully I get a bit of razzle into my game while I'm wearing it," said Kaka.

It is the first time the women have played in France, and Bunting said they have enjoyed their time in Paris in the build up.

"The players are really excited about being in Paris, we know what rugby means to the French, they love it. It's going to be a really special occasion."